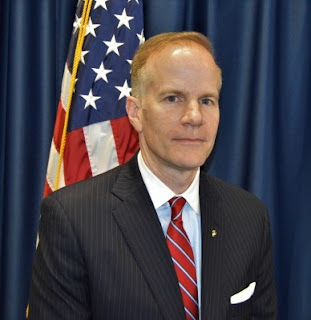 ·      In November 2017, Francisco Reyes was arrested and charged with multiple drug offenses.  Despite his prior convictions – which include aggravated assault, robbery, and multiple other prior drug offenses – Reyes was given a plea deal in July 2018 in which the felony drug charge was dismissed and he received probation.  Only two days after he pleaded guilty and received probation, on July 5, 2018, Reyes allegedly murdered a 25 year-old man in Kensington.

·      In September 2018, Jerome Martin was arrested and charged with possession of a firearm by a felon, which is a felony.  He had previously been convicted of felony drug dealing and possessing drug paraphernalia.  Somehow, Martin was given a plea deal in June 2019 in which he was sentenced to house arrest.  While on house arrest, in August 2019, he allegedly broke into a house and murdered a 23 year-old man, who is survived by many, including his newborn baby.

·         In February 2018, Keith Garner was arrested and charged with simple assault.  Despite having multiple prior felony convictions, Garner was given a plea deal in March 2018 to probation.  In November 2018, Garner executed four people in a West Philadelphia basement, and has been convicted of all four murders.

·         In March 2017, Timothy Sherfield was arrested and charged with numerous violent crimes, including two counts of aggravated assault, two counts of robbery, burglary, possession of an unlicensed firearm, and many additional misdemeanors.  In February 2018, he was given a plea deal in which the vast majority of these charges were dropped. Sherfield received a minimum sentence of less than one year.  This enabled him to be out on the streets and murder a 23 year-old man in April 2019.  The victim was inside a mini market at the time that he was gunned down in cold blood.

·         In May 2017, Tariq Gant was arrested and charged with a variety of violent crimes, including aggravated assault and firearm offenses.  But in February 2018, he was given a plea deal in which the vast majority of the charges were dropped.  Gant pleaded guilty to simple assault and resisting arrest, and received probation.  In September 2018, he allegedly murdered a 19 year-old young man in Germantown.  The victim is survived by his mother, who in addition to losing this son, also tragically lost another son who was gunned down earlier this year.

·         In October 2017, Jose Lugo was arrested and charged with felony drug offenses.  Despite having previously been convicted of numerous felony drug crimes and carrying a firearm without a license, he was given a plea deal in September 2018 in which he was immediately released.  Just months later, in February 2019, Lugo allegedly murdered a 24 year-old man.

·         In March 2018, Byron Taylor was arrested and charged with multiple offenses, including felony possession of an unlicensed firearm.  Despite his prior convictions, he was given a plea deal in May 2019 in which the felony gun charge was dismissed and he received probation.  Almost immediately, in July 2019, Taylor allegedly shot and killed a 35 year-old man in Germantown.

·         In January 2018, Rasheed Malcolm was arrested and charged with multiple offenses, including aggravated assault, simple assault, and recklessly endangering another person.  Despite his prior felony drug distribution convictions, he was given a plea deal in which all of these charges were dropped, and he was permitted to plead guilty to the summary offense of disorderly conduct.  By the end of the year, in December 2018, Malcolm allegedly murdered a 27 year-old man in the 6200 block of Market Street.

·         In June 2018, Maalik Jackson-Wallace was arrested and charged with multiple offenses, including felony possession of a firearm without a license.  The District Attorney’s Office then selected him to participate in its Accelerated Rehabilitative Disposition program (ARD) – a diversion program in which defendants can avoid a conviction if they comply with certain conditions.  This diversion allowed Jackson-Wallace to walk away free.  He was then arrested with a second illegal firearm while in the program, but the District Attorney’s Office did not move for him to be taken out of ARD at that time.  In June 2019, Jackson-Wallace allegedly murdered a 26 year-old man in the Frankford section of Philadelphia.

Each of these cases is its own separate tragedy, with terrible ramifications that extend in many directions.  And these ten cases only scratch the surface of the devastation that is being wrought by the District Attorney’s policies.  The cases are merely examples – there are many others like these, in which violent defendants who should not be on the street are committing murder or other violent crimes.  Furthermore, these are cases that have led to murder arrests.  Most homicides in the City do not even result in an arrest, so it is chilling to think of the number of unsolved murders that have likely been committed by violent criminals who do not belong on the street – and are only there because the District Attorney put them there.
As I have said before, everybody in Philadelphia deserves to live in a safe neighborhood – regardless of race or income level.  We won’t get there by treating violent criminals like they are victims, or by undermining law enforcement.  We must have the courage and the will to enforce the law – and to hold criminals accountable.  The future of our City depends upon it.  We must put the law-abiding residents of this City first.  Thank you.
Posted by Paul Davis at 1:07 AM