Diana Rigg, Star Of ‘The Avengers,’ 'On Her Majesty's Secret Service,' and ‘Game of Thrones,’ Dies at 82 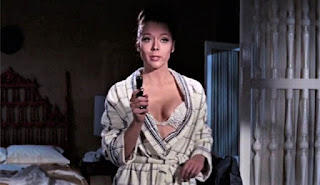 As a teenager in the 1960s I had quite a crush on actress Diana Rigg, who appeared on the British TV series The Avengers. I also loved her in her role as James Bond’s doomed wife Tracy in 1969’s On Her Majesty’s Secret Service.

I also loved her performance alongside George C. Scott in 1970's The Hospital.
I most recently saw her outstanding performance as Lady Olenna Tyrell, “The Queen of Thorns,” in Game of Thrones.

So I was saddened to read that Variety has reported that Diana Rigg has died.

Diana Rigg, the Tony and Emmy winner who splashed into the world of television with her commanding turn as intelligence agent Emma Peel on “The Avengers” in the 1960s and played Lady Olenna Tyrell on “Game of Thrones” decades later, died Thursday at her home in England. She was 82.

Rigg was a venerable figure in Britain’s entertainment industry who worked incessantly on stage, TV and film. She famously thumbed her nose at convention in her private life and in later years seemed to enjoy her status as a grande dame. Having a key role in the biggest TV series of the past decade was a fitting career capper for Rigg.
On HBO’s “Game of Thrones” Rigg recurred as Olenna Tyrell, also known as the Queen of Thorns, beginning with the third season in 2013. She was Emmy nominated for guest actress in a drama for her work on the show in 2013, 2014 and 2015.

“She was a beautiful kind and generous human being that enhanced the lives of all that knew her as well as a great actress. She leaves a great void in my heart,” said Lionel Larner, Rigg’s longtime friend and talent agent. 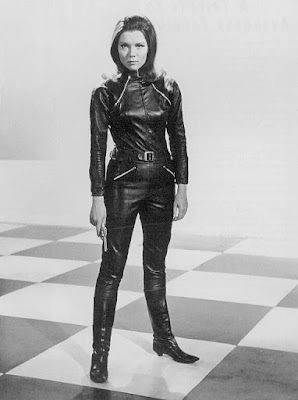