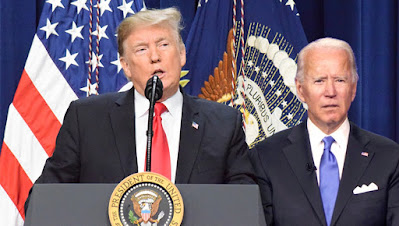 WASHINGTON, D.C.—Trump has announced his pick for Supreme Court justice: Joe Biden. By nominating Biden, Trump has forced the Dems' hands, making them believe the sexual assault claims and allegations of inappropriate, creepy behavior against the former vice president.

The "4D chess" move forced Dems to immediately accuse Joe Biden of sexual assault and reverse their position on the current claims against him.

"We now believe Tara Reade," said a somber Kamala Harris, "and we will do everything in our power to destroy this man's life."