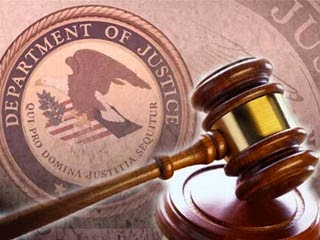 An alleged leader of an international drug trafficking organization based in Guatemala was extradited to the United States today to face international narcotics trafficking charges in the District of Columbia, announced Assistant Attorney General Leslie R. Caldwell of the Justice Department’s Criminal Division.

Waldemar Lorenzana-Cordon, 49, was arrested in Guatemala on Sept. 13, 2013, after being indicted for conspiracy to import cocaine into the United States, and has been detained since that time pending extradition.  He arrived in the United States yesterday and was arraigned today before U.S. Magistrate Judge Alan Kay of the District of Columbia.

According to allegations contained in the indictment, Lorenzana-Cordon is a leader of an international drug trafficking organization that includes his father and several additional family members.  Between 1996 and 2012, the organization allegedly received and stored multi-ton quantities of cocaine from Colombia for later importation into Mexico and the United States.

These cocaine shipments, worth millions of dollars, were allegedly transported to El Salvador on “go-fast” boats, and then smuggled into Guatemala by land and air.  The cocaine was then inventoried and stored for later export to Mexico and eventually the United States.

On April 27, 2010, the Department of Treasury’s Office of Foreign Asset Control designated Lorenzana-Cordon as a Specially Designated Narcotics Trafficker pursuant to the Foreign Narcotics Kingpin Designation Act due to his significant role in international narcotics trafficking and his ties to the Sinaloa Cartel.

The charges in the indictment are merely allegations, and the defendant is presumed innocent unless and until proven guilty.

Lorenzana-Cordon’s father, Waldemar Lorenzana-Lima, was charged in the same indictment and pleaded guilty on Aug. 18, 2014, to conspiracy to import over 450 kilograms of cocaine into the United States.

The investigation was led by the DEA’s 959/Bilateral Investigations Unit and Guatemala City Country Office, and was part of the Organized Crime Drug Enforcement Task Force.  The case is being prosecuted by the Criminal Division’s Narcotic and Dangerous Drug Section.  The Criminal Division’s Office of International Affairs provided significant assistance in the extradition.  The department appreciates the assistance provided by the government of Guatemala.
Posted by Paul Davis at 7:26 PM