Spy Vs. Spy: Cold War Heats Up In Prime Time 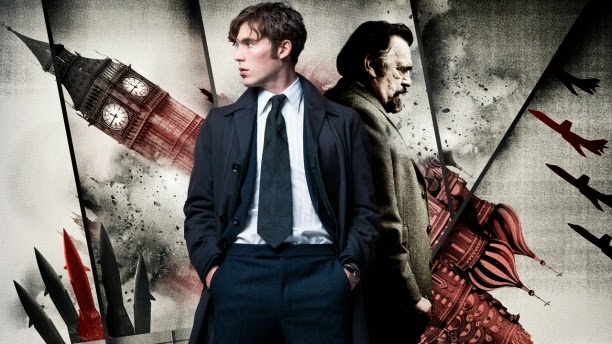 Bill Neveney at USA Today offers a piece on the new espionage shows on TV this season.

TV viewers are increasingly seeing vintage Red — as in spy dramas that hark back to the bad old days of espionage between the and The West.

's The Game (Wednesday, 10 p.m. ET/PT), FX's The Americans (returning for a third season in late January) and NBC's Allegiance (Feb. 5, Thursdays at 10 ET/PT) each play the classic spy vs. spy game from a different angle, with the first two set during the Cold War and the third dealing with its remnants in the present day.

Russians are the protagonists in The Americans, the enemies in The Game and a mix of both in Allegiance, with long-deactivated KGB agent Katya () trying to protect her American family when Russia comes calling after many years with a new assignment.

The Cold War era brings the kind of high stakes that can make for great drama: opposing philosophies, as represented by the Soviet Union vs. such Western nations as the USA and , playing nuclear-armed chess. The Game's Brian Cox, who plays an MI5 team leader known as Daddy, remembers the tension of the era, citing 1962's Cuban missile crisis.

"We thought the whole thing was going to blow up," he says. "It was Kennedy meeting Khrushchev head on. That is the background out of which spy paranoia grew."