From World War II To The War On Terror: The History Of U.S. Navy SEALs To Air Tonight On PBS Ann Butler at the Durango Herald offers a piece on the TV special on the history of the Navy SEALs on PBS tonight.
It started with a simple question: "What's the best history of the SEALs out there?"
When former Navy SEAL and colleague Dick Couch told her, "There isn't one," new Durango resident and documentary filmmaker Carol Fleisher Scobby knew what her next project would be.
“Despite the widespread attention paid to the (Sea, Air and Land Teams) since they eliminated Osama bin Laden, the story of how these clandestine commandoes evolved in response to changing threats – from World War II to the War on Terror, and how their extraordinary abilities shaped U.S. and world history – has remained untold,” she said.
“Navy SEALS: Their Untold Story” will debut this evening on PBS as part of the public television’s “Stories of Service” initiative. The story of the Sea, Air and Land Teams, which began during World War II as Naval Combat Demolitions Teams and Underwater Demolition Teams, is told through interviews with more than 100 former special operators. Actor Gary Sinise narrates the two-hour documentary.
You can read the rest of the piece via the below link:
http://www.durangoherald.com/article/20141110/NEWS01/141119945/History-of-SEALs-to-air-tonight 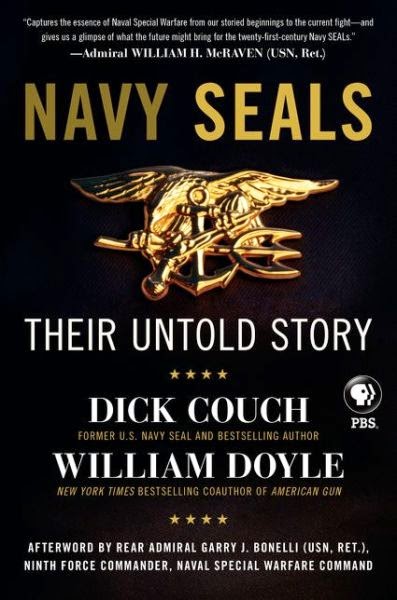 Note: I interviewed Dick Couch on several occasions for Counterterrorism magazine.
You can read my interview with him via the below link:
http://www.pauldavisoncrime.com/2013/11/my-q-with-captain-dick-couch-former.html
And you can read another piece on the SEALs that contains comments from Dick Couch via the below link:
http://www.pauldavisoncrime.com/2012/08/the-selling-of-navy-seals-americas.html