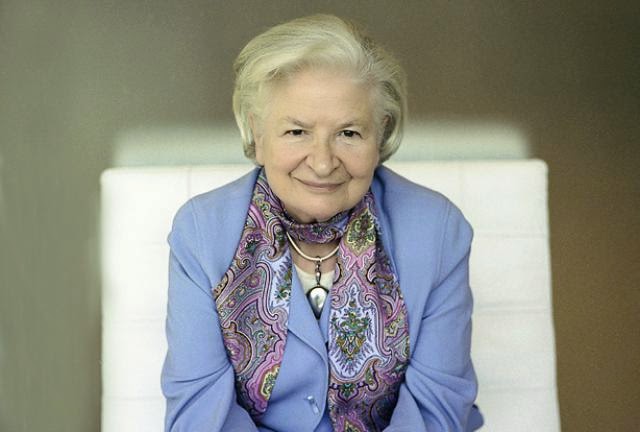 The British newspaper the Guardian offers an obituary of crime writer PD James.

The writer PD James, who charted the transformations of British life through bestselling crime fiction starring the detective Adam Dalgliesh, has died aged 94. Her publisher Faber and Faber confirmed that she had died peacefully at home in Oxford on Thursday morning.

Her debut novel, Cover Her Face, was snapped up by the first publisher to set eyes on the manuscript, launching a career that advanced in parallel with that of her fictional police officer, Chief Inspector Dalgliesh. As he found himself promoted to superintendent and then to commander, so James accumulated a host of awards including the Crime Writer's Association's Diamond Dagger and the Mystery Writers of America Grandmaster award. Many of the Dalgliesh novels were subsequently filmed for television, with Roy Marsden taking the role of the investigator.

James also won a good number of public honours, eventually finding herself elevated to the House of Lords in 1991, where she sat with the Conservatives.

You can read the rest of the obit and watch a video interview of the British crime writer on her 90th birthday via the below link:

http://www.theguardian.com/books/2014/nov/27/pd-james-detective-fiction-dies-aged-94-detective-adam-dalgliesh
Posted by Paul Davis at 8:59 AM