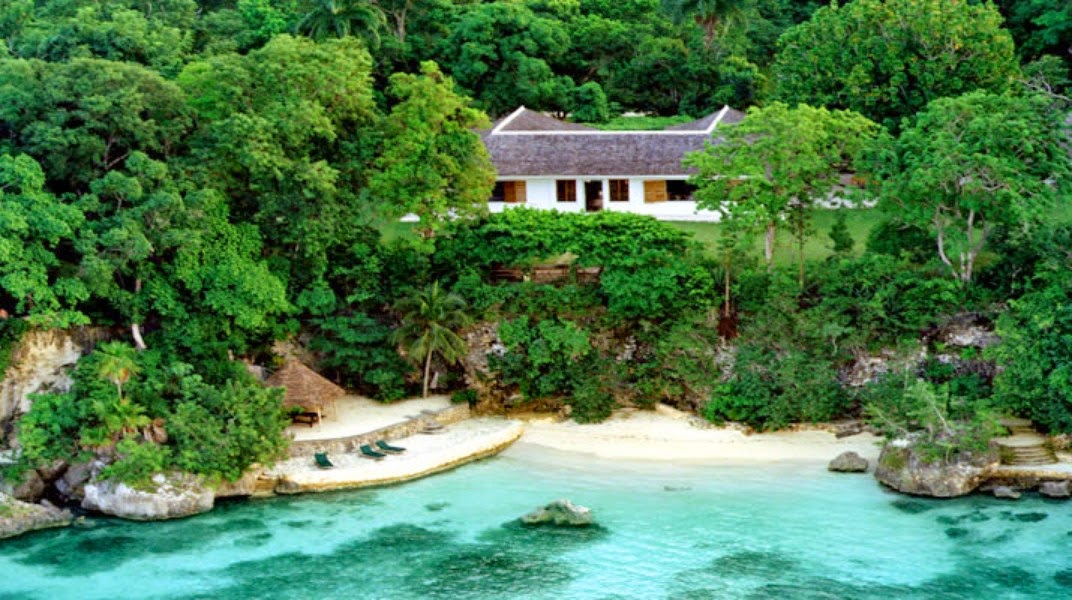 Fifty years after Ian Fleming's death, Jonathan Thompson at the Telegraph explores Jamaica, an island the writer loved so much it is stamped throughout James Bond's DNA for.

It all began with a naked girl on a beach. Peering down from the clifftop as she emerged from the waves on to a pristine white beach, Ian Fleming’s friend Ivar Bryce knew he’d found the spot. “Tie it up tomorrow,” he said to the Jamaican fixer with him. “Ian will adore this place.”


Bryce had first introduced Fleming to Jamaica three years earlier, during a wartime naval conference in Kingston. As their return flight took off, Fleming slammed his briefcase shut and turned to his friend: “Ivar, I’ve made a great decision,” he said. “When we’ve won this blasted war, I’m going to live in Jamaica. Just live in Jamaica and lap it up, and swim in the sea and write books.” Those books, of course, would become his bestselling James Bond novels. But first that home would become Goldeneye – built on the clifftop overlooking that pristine white beach.
This year marks the 50th anniversary of Fleming’s death, but the house he built – rather like the super-spy he created there – is still going strong. Pre-production is well under way on Bond’s latest movie outing, his 24th no less, but the little estate where he was conceived continues to grow too. And now a new book, Goldeneye: Where Bond Was Born, Ian Fleming’s Jamaica, by
historian Matthew Parker, looks to analyse the close links between the two. 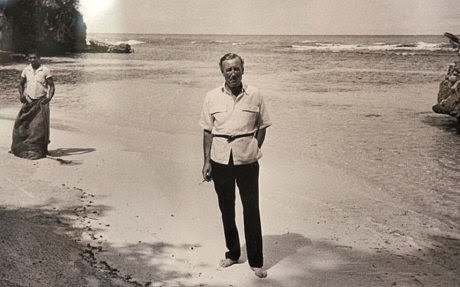 “Would the books have been born if I had not been living in the gorgeous vacuum of a Jamaican holiday?” wrote Fleming, “I doubt it.” But Parker goes further, arguing that Fleming’s love for Jamaica was so great that it is stamped throughout Bond’s DNA.
At the heart of this love affair, of course, was Goldeneye, located midway along Jamaica’s north coast, next to the pretty little banana port of Oracabessa. Fleming designed the house himself, and lived there for two months every winter between 1946 and his death in 1964. A sleek, U-shaped bungalow with glassless windows looking out across the Caribbean, the property was named Goldeneye after a wartime plan Fleming had helped devise for the protection of Gibraltar. It was also as a nod (or wink) to Oracabessa itself, which translates as “Golden Head”. 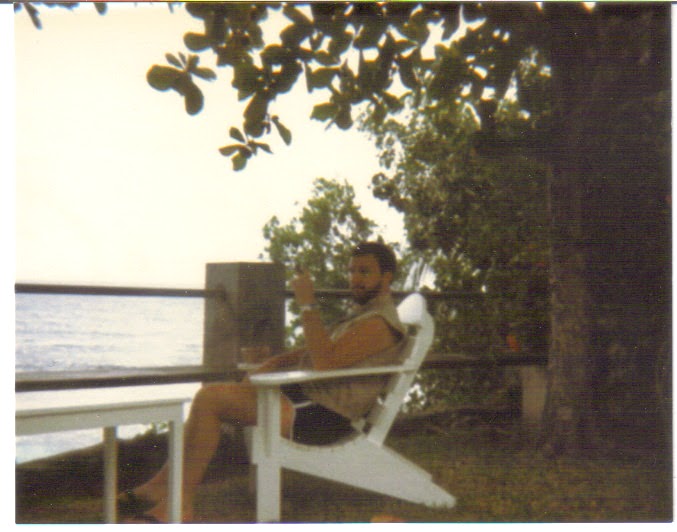 Note: My beautiful wife and I first visited Jamiaca in 1981 and we have visited the beautiful island again and again over the years. As a life-long Ian Fleming aficionado, I was of course interested in Jamaica, the scene of three of Fleming's James Bond novels.

In 1987 my wife arranged for us to visit Fleming's Goldeneye villa. This was when the villa and grounds were as rustic as when the late great thriller writer lived here. Fleming's beloved housekeeper Violet (seen in the below photo with me) was still alive and when I asked her about Fleming, she got tears in her eyes and said "The Commander was a nice man."

I wrote at Ian Fleming's desk and went free diving in his cove. We ate, drank, swam and lived like true Jamaicans. We truly loved our week at Goldeneye.
Posted by Paul Davis at 3:02 PM