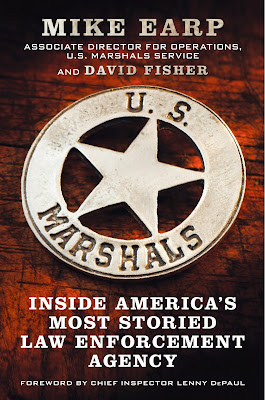 My review of Mike Earp's U.S. Marshals: Inside America's Most Storied Law Enforcement Agency appeared today in the Washington Times.

Deputy U.S. Marshal: How often did you draw your gun?

In his book, “U.S. Marshals,” Mr. Earp, a former associate director of the Marshals Service and a relative of legendary Deputy U.S. Marshal Wyatt Earp, offers tales from the deputy marshals who track and arrest the criminals that law enforcement considers the “worst of the worst.”

Mr. Earp retired as the third highest-ranking official in the U.S. Marshals Service in 2012 after 29 years of service. As the associate director for operations, he supervised all operational divisions and programs for the agency.

His book is based on interviews with more than 50 current and former deputies and recounts some of the agency’s greatest and most dangerous cases. There are stories about the chase and capture of violent outlaw bikers, drug traffickers and murderers. There are also stories of well-known fugitives the marshals captured, such as the escaped prisoner and convicted spy Christopher Boyce, New York mobster and stone-cold killer Charlie Carneglia and D.C. sniper John Muhammad. 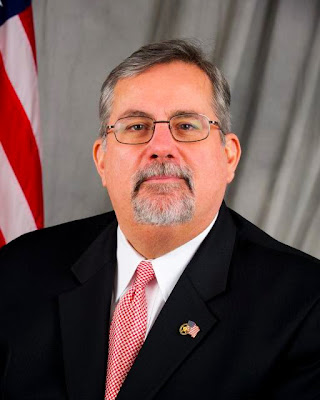 Note: Above is a photo of Mike Earp, courtesy of Kaitlyn Kennedy at HarperCollins. ﻿
Posted by Paul Davis at 2:37 PM