Where James Bond Was Born: London's Most Literary House 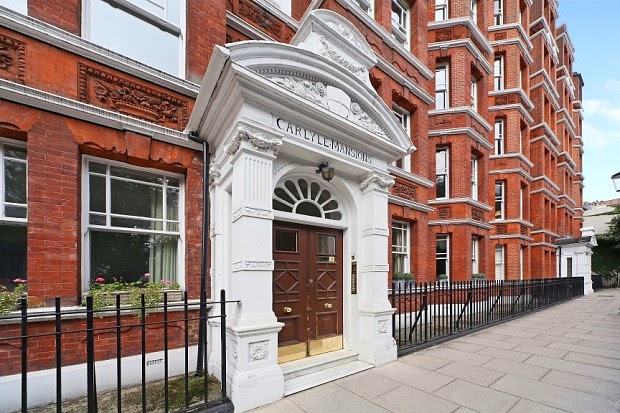 Christopher Middletown at the British newspaper the Telegraph offers a piece on Carlyle Mansions, London's most literary house.

Carlyle Mansions is known locally as The Writers’ Block, and this handsome, red-brick building has a long and distinguished list of literary luminaries who have lived there. Everyone from Ian Fleming (No 24) to T S Eliot (No  19), from Henry James (No 21) to Somerset Maugham (No 27).


Practically every well-known late 19th-century or early 20th-century author has been here – apart from the man after whom the flats are named.
For by the time the final cornerstone was completed, in 1886, the historian and philosopher Thomas Carlyle had been dead for five years.

... As property historian Melanie Backe-Hansen notes: “Many of the famous creators lived here when they were unknown and didn’t have a penny.”

Or at least they weren’t yet the famous names they went on to become. Fleming (below) is said to have begun writing Casino Royale, in 1952, to distract himself from his forthcoming wedding. The manuscript was typed out by two women, one of whom was his red-haired secretary, said to be the model for Miss Moneypenny.

Arguably, some of the finest works in the English language were created at Carlyle Mansions: it was here that T S Eliot (below) wrote his play The Cocktail Party, and Henry James wrote The Portrait of a Lady.

http://www.telegraph.co.uk/property/periodproperty/11258881/Where-James-Bond-was-born-Londons-most-literary-house.html
Posted by Paul Davis at 2:41 AM