Chazz Palminteri 'Was Blessed' With Growing Up With Wise Guys 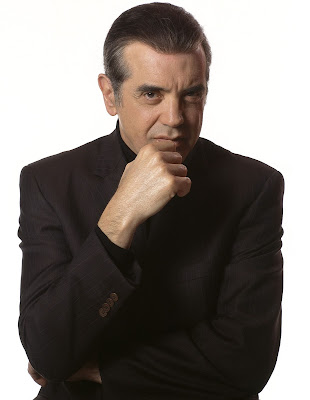 Christine Burroni at the New York Post offers a piece on why A Bronx Tale is so important to producer/writer/actor Chazz Palminteri.


When it comes to the Bronx Chazz Palminteri sheds his tough-guy persona.

“I have such a strong feeling and passion for ‘A Bronx Tale’ because it’s my life and it’s my parents,” he said of the musical during BroadwayCon at the Jacob Javits Center on Sunday. “And I was blessed with growing up with all these wise guys that taught me the streets.”
The 64-year-old actor has seen the story of his life evolve over 27 years from a book to a one-man show to a movie directed by Robert De Niro, and now a Broadway musical (for which De Niro is also a co-director).
While “A Bronx Tale” focuses on his relationship with his mobster mentor, Sonny, Palminteri credits his fame to his parents — specifically, his late father.
You can read the rest of the piece via the below link:

You can also read my Philadelphia Inquirer Q&A with Chazz Palminteri via the below link: