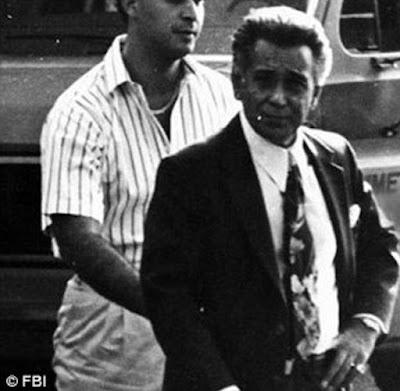 Nicodemo "Little Nicky" Scarfo, the tyrannical mob boss who ruled the Philadelphia underworld in the 1980s, has died while serving a 55-year prison sentence at a federal medical center in North Carolina. He was 87.
Once described in a government sentencing memorandum as "a man who sought and achieved a career in the major leagues of crime," Scarfo was considered one of the most violent organized crime leaders in the country.