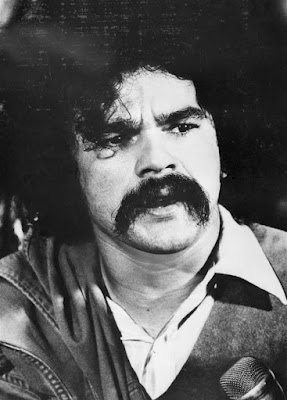 In addition to commuting the sentence of a traitor and pentagon leaker, former PVC Manning, President Obama also commuted the sentence of Oscar Lopwz Rivera, a Marxist terrorist and avowed enemy of the U.S.

Mark Hemingway at the Weekly Standard offers a piece on Rivera.


Among the more than 200 commutations handed out yesterday, President Obama commuted the sentence of Oscar López Rivera, a member of Fuerzas Armadas de Liberación Nacional Puertorriqueña (FALN), a Marxist-Leninist terrorist group advocating Puerto Rican independence. He is set to be released May 17.


FALN was responsible for more than 130 bombings in the United States that killed four people and seriously injured police officers. The New York Daily News has a pretty horrifying recap of their reign of terror in New York (nor is the paper's liberal editorial board happy with Obama's decision here):
You can read the rest of the piece via the below link: