Inside The KGB Playbook To Recruit Americans 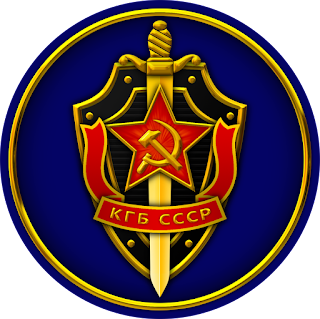 Michael Weiss at the Daily Beast offers a piece on the old KGB manual used to recruiet Americans during the Cold War.


In studying Americans, our Residency in Italy identified a number of places visited by Americans working in target installations of interest to our Intelligence Service. It was possible to determine that Americans in Rome systematically frequent the same bars, restaurants, and places of recreation. Americans feel almost at home in these places: they drink a great deal, are very free in their conduct and frequently sing. American women, especially the wives of Americans who are away on temporary assignments, drink and have relations with other men.”
There is something almost reassuring in this observation, taken as it is from an old KGB manual on recruiting American agents both inside and outside the United States.
Quite apart from the unintentional comedy of seeing reproduced such a dime-store psychoanalytic stereotype of the boorish and loud bourgeois abroad—whose repressed housewife of course keeps a secret rendezvous with the decanter and the swarthy Mediterranean neighbor—we have in the current age of Cold War 2.0 a helpful reminder that it used to be difficult for Russian spies to envision the lives of others.

Today, operatives dispatched by Moscow Center are as likely to wear Breguet timepieces, keep offshore accounts, and educate their children at elite Swiss boarding schools as they are to travel by yacht or private jet to cultivate and run bureaucrats, military brass, CEOs, and real estate moguls in Davos, Chicago, and New York.
But it wasn’t always so. There was a time, not too long ago, when operatives of the KGB were still servants of the state rather than masters of it.

http://www.thedailybeast.com/articles/2017/01/07/inside-the-kgb-playbook-to-recruit-americans.html
Posted by Paul Davis at 4:30 AM