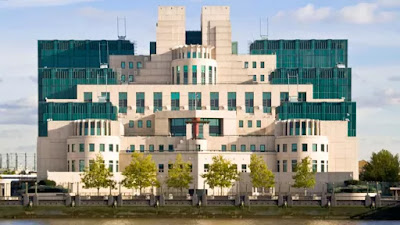 The BBC reports that the chief of the British Secret Intelligence Service, popularly known as MI6, claims the agency's "Q" is a woman.

The real-life equivalent of Q in the James Bond films is a woman, the head of MI6 has said.
Alex Younger, chief of the Secret Intelligence Service, made the revelation as he encouraged more women to join the service.
He said there is a stereotype that MI6 spies were posh and he wanted recruits from diverse backgrounds.
The character of Q, a technology expert, has always been played by a man in the Bond films.
Speaking at the Women in IT awards on Wednesday, Mr Younger said: "The real-life Q is looking forward to meeting you and I'm pleased to report that the real-life Q is a woman."