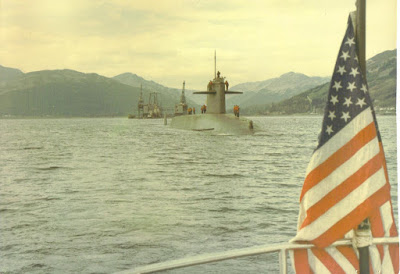 Matthew Weaver at the British newspaper the Guardian offers a piece on a collision between an American submarine and a Soviet submarine off the US nuclear submarine base in Holy Loch, Scotland in 1974. (I was stationed on a Navy harbor tugboat at the Holy Loch submarine base at the time).

Two nuclear submarines from rival sides in the cold war collided a few miles off the coast of Scotland in an incident that was covered up for 43 years.

The potentially catastrophic crash occurred in November 1974 when the SSBN James Madison, armed with 16 Poseidon nuclear missiles, was heading out of the US naval base at Holy Loch, 30 miles north-west of Glasgow. 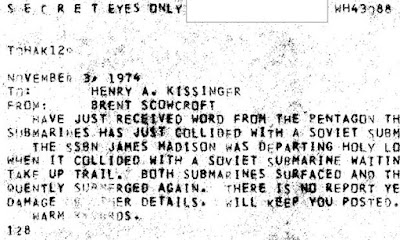