On This Day In History The Great Brinks Robbery Occurred 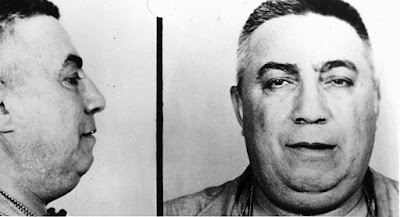 As History.com notes, on this day in 1950 the crime known as the "Great Brinks Robbery" occurred.


A team of 11 thieves, in a precisely timed and choreographed strike, steals more than $2 million from the Brinks Armored Car depot in Boston, Massachusetts. The Great Brinks Robbery, as it quickly became known, was the almost perfect crime. Only days before the statute of limitations was set to expire on the crime, the culprits were finally caught.
Tony Pino, a lifelong criminal, was the mastermind behind the audacious theft. Together with Joe McGinnis, he assembled a group that meticulously planned the heist. They staked out the depot for a year and a half to figure out when it was holding the most money. Then, the gang stole the plans for the depot’s alarm system and returned them before anyone noticed that they were missing.
You can read the rest of the piece via the below link:

You can also read the FBI's account of the famous crime via the below link:

Note: The above FBI released photo is a mugshot of Anthony Pino, the mastermind of the robbery.
Posted by Paul Davis at 4:07 PM