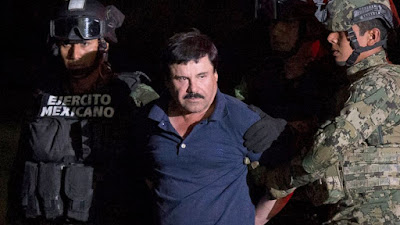 
Joaquin Archivaldo Guzman Loera, known by various aliases including “El Chapo,” has been extradited and is en route to the United States to face criminal charges in connection with his leadership of the Mexican organized crime syndicate known as the “Sinaloa Cartel.”
Guzman Loera is charged in six separate indictments throughout the United States.
The Justice Department extends its gratitude to the Government of Mexico for their extensive cooperation and assistance in securing the extradition of Guzman Loera to the United States.
Additional details regarding the time and place of Guzman Loera’s initial presentation in court are forthcoming.