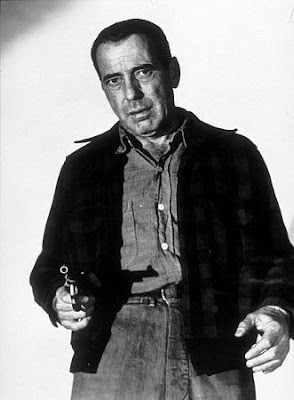 I recently watched the classic crime film The Desperate Hours.

The 1955 film was directed by William Wyler and was based the play and novel by Joseph Hayes.

What a terrific film. I saw it years ago and I enjoyed once again this story of three escaped convicts who hold a family hostage.

Humphrey Bogart was truly outstanding as the leader of the criminals and Frederick March and Arthur Kennedy were also standouts in a fine cast.

Paul Newman originally portrayed the gang leader on Broadway, which I would have loved to have seen, but the film makers wanted a bigger star for the film version and cast Bogart.

Humphrey Bogart was menacing and mean and made for this meaty role. His scenes with Frederick March, the father of the family held hostage, were a tour de force.

Director Michael Cimino remade the film, calling it Desperate Hours, in 1990. I thought it was awful. Cimino wasted the talents of Mickey Rourke and Anthony Hopkins.

So I recommend you skip the remake and watch Bogart in The Desperate Hours.

You can watch the film online via the below link: 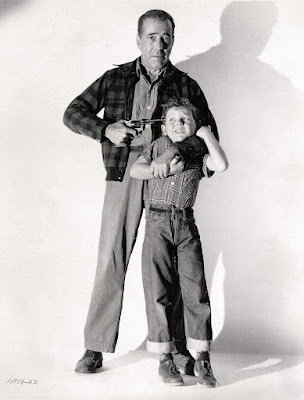 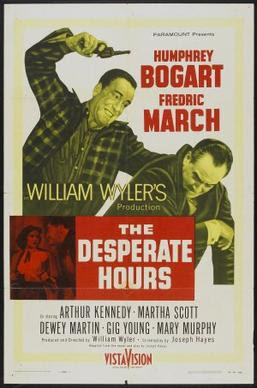