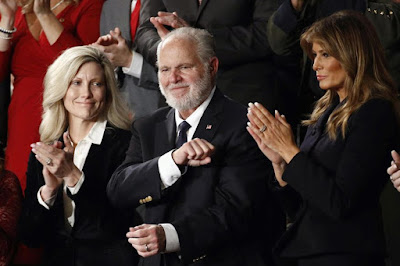 One of America’s most distinctive and politically formidable voices fell silent Wednesday when talk radio host Rush Limbaugh died from lung cancer. He was 70 years old.

Mr. Limbaugh virtually created the position of conservative talk radio host, and the medium made him both an architect of the modern right in the U.S. and a very wealthy man. Week after week, from his “golden microphone” and studio in “sunny southern Florida,” Mr. Limbaugh’s often trenchant and humorous — and almost as often controversial — three-hour weekday show delighted conservatives and infuriated liberals.