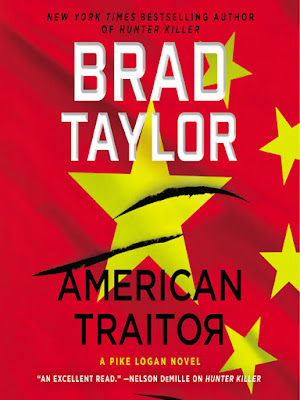 The Washington Times published my On Crime column on Brad Taylor’s American Traitor.

In Brad Taylor’s “An American Traitor,” the latest thriller in his series about the “Taskforce,” a fictional covert counterterrorism unit, Pike Logan and Jennifer Cahill are vacationing in Australia when they are forced to come to the rescue of former Taskforce member Clifford Delmonty, whose callsign is “Dunkin.”

The pair discovers that Delmonty is being pursued by a group of Communist Chinese operatives who work for the Communist government’s intelligence agency, the Ministry of State Security, the MSS. The Chinese operatives are chasing Dunkin and his Australian girlfriend as he had spoken to a security officer at the Australian F-35 facility where he worked about a rival contractor computer ace who has been acting suspiciously. The Chinese killers will do anything to protect their asset, the American traitor.

The vacationing taskforce members intervene, and they later call in the rest of the team. The action then moves on to Taiwan, where the Taskforce operators confront Taiwanese criminals.

“The Bamboo Triad was a criminal gang not unlike the Cosa Nostra, an organized crime ring solely concerned with profit, running everything from prostitution to drugs in Taiwan — with one exception: They also worked for the MSS to destabilize Taiwan,” Mr. Taylor writes.

Pike Logan calls and discusses the situation on the ground with his boss, George Wolffe, the Taskforce commander. “What’s going on?” Logan asks.

“China. China is going on,” Wolffe replied. “Honk Kong is going nuts, they’re taking over the South China Sea, they’ve infiltrated every university we have, stealing our technology, and they are locking up the Muslim Uyghur community into concentration camps.”

… Brad Taylor served more than 21 years in the U.S. Army, retiring as a Special Forces lieutenant colonel. He served eight years in the 1st Special Forces Operational Detachment, also known as “Delta,” where he commanded multiple troops and a squadron in operations in Iraq, Afghanistan, and other classified locations.

I reached out to Brad Taylor and asked how he would describe “American Traitor?”

“American Traitor” is a thriller about the insidious and growing “gray war” between China, the United States, and Taiwan,” Mr. Taylor said. “China has been pushing its perceived sovereign territory farther and farther into the South China Sea for years, and the president of China has stated unequivocally that he will not pass the ‘Taiwan Question’ to another generation. It has a goal, and to acquire it, they cannot afford to go to war with the United States from a cold start invasion. They need another route, and they’re looking to find it in American Traitor.” 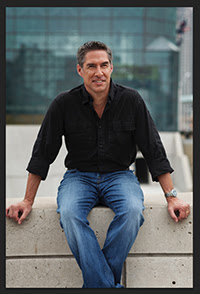