Christine Flowers: Columbus Day Will Not Disappear From Sight 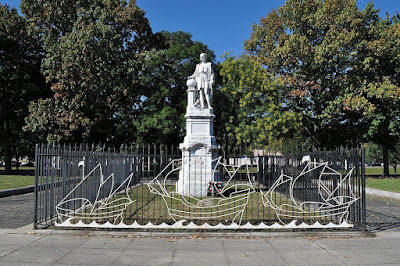 Christine Flowers at the Daily Times offers a column on Philadelphia Mayor Jim Kenney’s decision to cancel Columbus Day in Philadelphia and replace the holiday with Indigenous People’s Day.

Philadelphia’s mayor has decided that it’s no longer acceptable to celebrate Columbus Day. The Delaware Valley has always honored its Italian-American citizens on the Sunday closest to Oct. 12 by holding a parade through the heart of South Philadelphia. I would always go, as a child, even though I lived a good part of my life in Havertown. The parade attracted Italians, and Italian lovers, from all over.

I have a suspicion that despite Jim Kenney’s efforts to erase us, that parade will continue to march with banners and heads held high, even if the day on which it takes place will be saddled with the awkward title “Indigenous People’s Day.”

This is an attempt on the part of the progressive P.C. left to tell one group of people what they should call themselves, and making sure another group of people feel appropriate shame for being inappropriately ashamed of their illustrious ancestor.

No matter what Jim Kenney and his acolytes of the virtue brigade do through executive fiat, Columbus Day will not disappear from sight, mind, or memory. In fact, when you remove a name because you feel that it no longer serves the original purpose, you guarantee that people will take notice of something they otherwise ignored. It is the principle of unintended consequences, and it will happen this time as well.

The truth is that Columbus is none of the slanderous things he’s been labeled, and did none of the things he’s been accused of doing. My friend Robert Petrone, a noted expert on Columbus, has written a magisterial treatise on the life of the man, which you can read at Broad and Liberty (www.broadandliberty.com). Robert has pored over 500-year-old texts, some in their original Spanish, and has come to the conclusion that not only was Columbus not a tyrant, he was actually one of the first and most important civil rights activists in the history of this continent. Don’t take my word for it. Read his columns.