Stu Bykofsky: Let’s Get Rid Of Independence Day. Why Not? 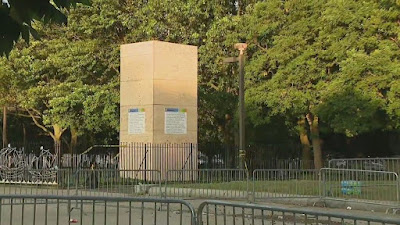 For the past couple of years, as we sailed into October, I noticed the city put out a notice that City Hall would be closed on the second Monday, for “a holiday.”

It did not mention the name of the holiday.

Mayor Kenney now has abandoned flying under the radar in favor of a full frontal executive order renaming the holiday Indigenous Peoples Day. But it is not just renaming it — he’s cancelling Columbus. Making it disappear. How’s that for exercising his privilege?“

What do I care?” he did not say. “I don’t live in South Philly anymore.  If it pisses off the Italians, who cares? They’re European.”

One reason given for the change was Columbus’ record of killing and enslaving indigenous people. It’s a fact.

You know who else killed and enslaved indigenous people?

Other indigenous people. It’s a fact.

But inconvenient facts don’t matter when your arm is aching from all the waving of the virtue flag.

Nothing against indigenous people. In America, every national, racial, ethnic, religious, gender, etc., group should have its own holiday (if there are enough days in the year). Maybe united we stand, but by identity we divide.