'Out Of The Night, When The Full Moon Is Bright, Comes The Horseman Known As Zorro': A Look Back At Walt Disney's Classic TV Series 'Zorro' 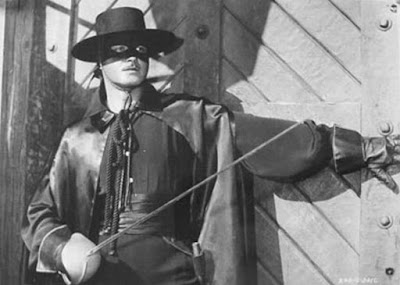 Out of the night,

When the full moon is bright,
Comes the horseman known as Zorro.
This bold renegade
Carves a "Z" with his blade,
A "Z" that stands for Zorro.

He is polite,
But the wicked take flight
When they catch the sight of Zorro.
He's friend of the weak,
And the poor and the meek,
This very unique, Señor Zorro.

I love listening to that theme song, as it reminds me of a happy time in my childhood in the 1950s when I watched Walt Disney’s Zorro on TV.

I loved watching Guy Williams (seen in the above and below photos) as Zorro, clad in his black hat, eye mask and cape, whip that sword out and cut the sign of the Z onto the bad guy’s clothes, and then ride off on Tornado, his black stallion. 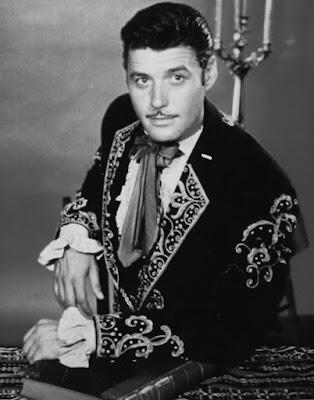 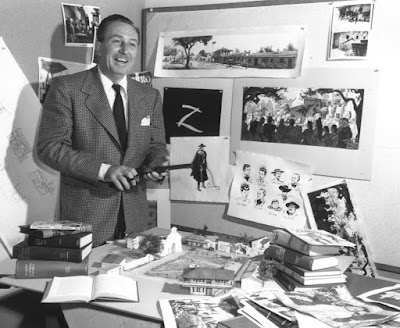 “Uncle Walt” Disney appeared on the TV screen and introduced the viewers to the adventures of Zorro. 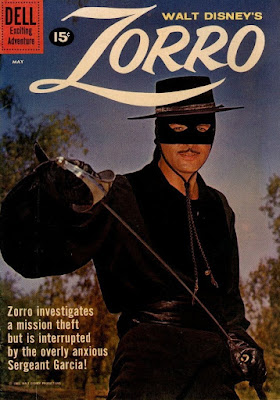 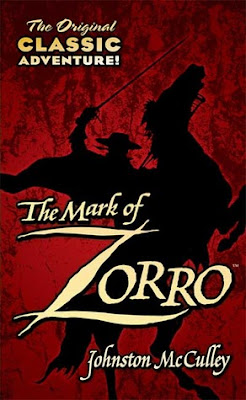 McCulley introduced Zorro in a serialized story, The Curse of Capistrano, in 1919 in the All-Story Weekly magazine.

McCulley, who was born on February 2, 1883 and died at age 75 on November 23, 1958, wrote many short stories, fifty novels, screenplays for film and television. His most famous character was Zorro. 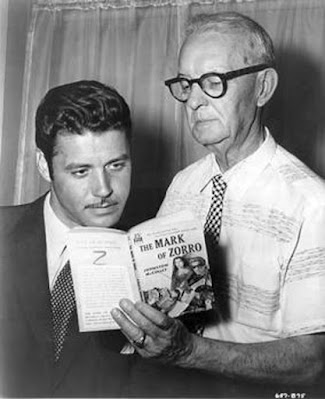 I recall one Christmas as a young child when money was an issue with my family, and my brother and I were allowed to pick only one “big” gift. The supermarket at the time used to offer toy sets on the tops of their shelves, and that year the Zorro toy set was a popular one. The set consisted of the fort featured on the TV show and toy figures of all of the TV show’s characters. I loved that set, as I loved the TV series.

You can watch the opening and closing Zorro theme (with snippets) via the below link:

And you can watch a history of Zorro via the below link:

Zorro The Life and Legend of Zorro Disney - YouTube 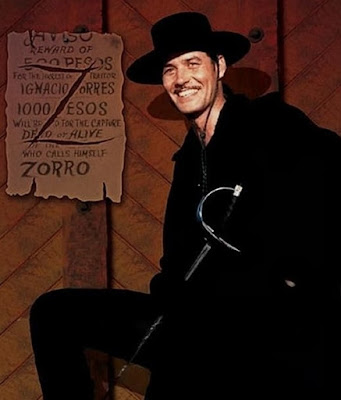 You can also watch the two hour-long episodes of Zorro, with Gilbert Roland and Rita Moreno, via the below links: 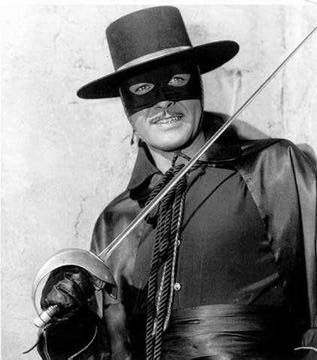 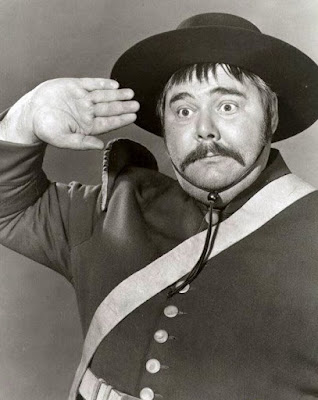 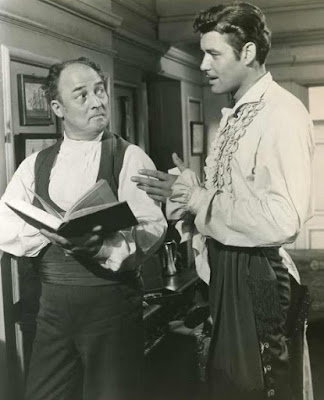 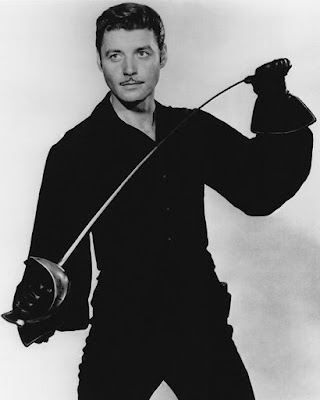