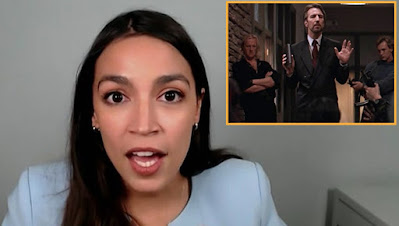 The Babylon Bee takes a satirical shot at Congresswoman Ocasio-Cortez, whose claims of encountering violent protestors during the Capitol riot on January 6th has been debunked (There were no protestors in the Cannon Building where she was and some have taken to calling her Alexandria Ocasio Smollete)  .

WASHINGTON, D.C.—In a recent video, Representative Alexandria Ocasio-Cortez recalled her harrowing experience at Nakatomi Plaza on the night terrorists stormed the building. She describes her near-death experience and what it was like trying to survive.

“I can tell you that I had a very close encounter where I thought I was going to die," said AOC describing the events at Nakatomi Plaza. “Hans Gruber and his armed thugs took control of the building, and everyone was in a panic.”

The congresswoman said she was able to sneak away and hide behind a bathroom door for safety. “But suddenly a deranged, barefoot, and bloodied cop wearing a wifebeater came bursting into the bathroom,” AOC explained. “His presence just didn’t feel right to me. He had so much anger and hostility! He was carrying a gun on his back, and he wasn’t yelling like, ‘This is Nakatomi Police, this is Nakatomi Police.'"

“And like where was his partner?” she continued. “Nothing was adding up. I just know Ted Cruz was behind all of this and sent this man here to murder me and steal all of the bearer bonds.”

“Listen, Lady, I’m John McClane, but you gotta be quiet so I can get you out of here,” the cop said.

But before he could explain more, Hans Gruber heard her shouting, and John McClane was forced to turn himself in. Gruber grabbed AOC and held her hostage once again. “This is the end for me,” AOC thought to herself, but then McClane saved the day by ripping the gun off his back and killing the terrorist and wounding Gruber.

“And to make matters worse, Gruber fell back through the window, grabbing my wristwatch and nearly pulling me down with him. John McClane --without my consent -- grabbed my arm and unclasped my watch, letting Hans Gruber fall to his death,” said AOC. “I’m lucky to be alive, and I may never recover from the trauma it caused.”

Ocasio-Cortez has called on the NYPD to be defunded based on McClane's violent, aggressive behavior toward her. 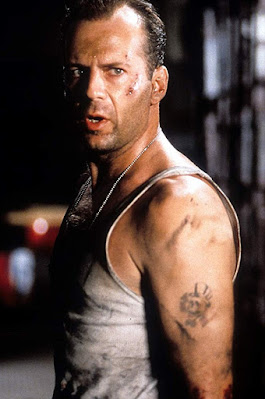