A Look Back At 'The Valachi Papers': Fifty Years In The Shadow Of 'The Godfather' 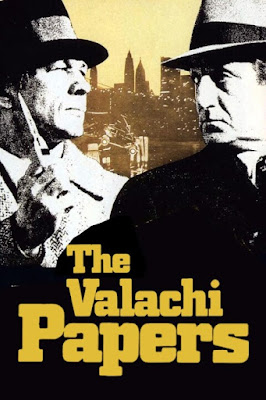 Matt Davey at Cinemaretro.com takes a look back at the 1972 film The Valachi Papers.

As Davey notes, the organized crime film was overshadowed by The Godfather. Ironically, Mario Puzo’s novel The Godfather was no doubt influenced by Peter Maas’ terrific true crime book, The Valachi Papers.

In Peter Maas' book, as in Valachi's congressional hearing, the veteran Cosa Nostra soldier (seen in the below photo) divulged the history of Cosa Nostra as well as many of the secrets, ways and expressions used by real mob guys. 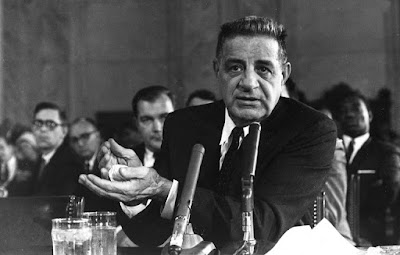 Yes, The Godfather is a superior film, a classic crime film, but I also liked The Valachi Papers, despite its many flaws. It’s the true story of Cosa Nostra and I liked Charles Bronson as Joe Valachi and Joseph Wiseman as the first “Boss of Bosses,” Salvatore Maranzano.

Released in 1972, The Valachi Papers depicts the rise and fall of Mafia informant Joseph Valachi, who became the first member of the Mafia (otherwise known as Cosa Nostra) to acknowledge its existence in public. Directed by Terence Young (Dr. No, From Russia with Love, Thunderball) and produced by legendary Italian film producer Dino De Laurentiis The Valachi Papers stars Charles Bronson in the lead role, alongside his real-life wife Jill Ireland as well as Lino Ventura, Walter Chiari and Joseph Wiseman.

The film covers five decades of Valachi’s involvement in organised crime – from his burglaries with the Minutemen to working under mob boss Vito Genovese from the 1930s – as the film unceremoniously portrays life in the criminal underworld.

Told from the perspective of Valachi, the film begins with the ageing gangster in prison fearing for his life after a contract for his killing is ordered by Don Vito Genovese (Lino Ventura), who suspects him of betraying the Family. Determined not to be silenced behind bars and avoid an inside hit, Valachi co-operates with the U.S. Justice Department – unveiling the secrets of life in the Mafia as the film follows Bronson’s on-screen Joe Valachi through voice-over and flashback sequences.

The film is based on the biographical book of the same name, written by Peter Maas in 1968. Nearly five decades after the movie’s release, it’s difficult to truly comprehend the anticipation surrounding a Hollywood picture based on Joseph Valachi’s tell-all testimony to the FBI that was televised across the United States in 1963. Never before had the public, or indeed the FBI, really been aware of the true extent to which organised crime functioned in America. Valachi - who had been a former Mafia ‘soldier’ in the Genovese crime family – disclosed that the Mafia was called ‘Cosa Nostra’ in Italian – translating as “this thing of ours” in English. Valachi’s public testimony divulged the structure of the Mafia, from its hierarchy to the Five Families in New York City.

This incredible true story was always going to have golden Hollywood potential when being made into a motion picture, but there would be two competing Mafia movies in 1972. One became widely regarded as one of the best films ever made and the other would disappear from popular culture.

Perhaps, The Valachi Papers is worthy of a reappraisal in the modern era. 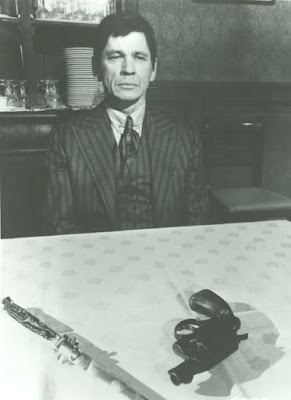 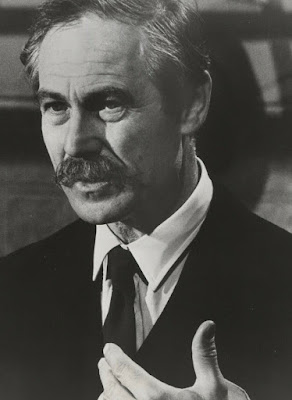 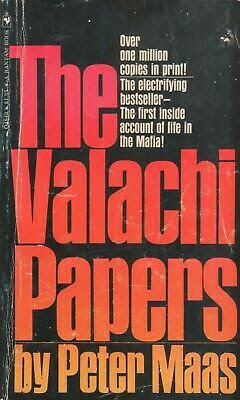 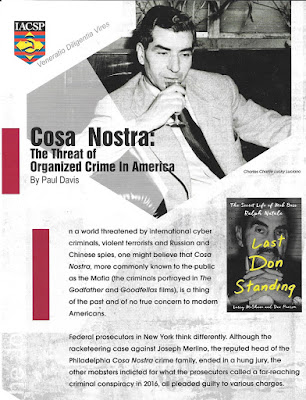 You can also read my Counterterrorism magazine piece on the threat of Cosa Nostra via the below link:

Paul Davis On Crime: My Piece On Cosa Nostra: The Threat Of Organized Crime In America