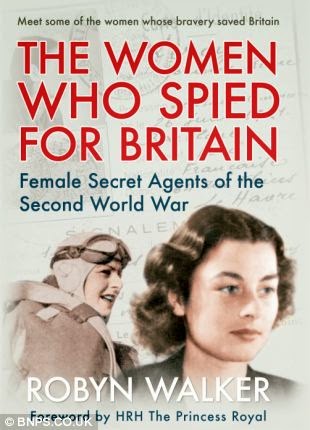 Paul Donnelley at the British newspaper the Daily Mail offers a piece on a daring British teenage spy during WWII.

The little-known story of a daring British teenager who risked her life to be a spy in Nazi-occupied France during the Second World war has come to light.

Plucky Sonya Butt - known as Agent Blanche - was just 19 when she was parachuted into northern France to act as a go-between for Allied troops and the French Resistance ahead of D-Day.

During her time with the Special Operations Executive (SOE) she met and married Guy D'Artois, a fellow spy, and the pair went on to wreak havoc on the Germans.

Sonya used her beauty to woo German soldiers for information while secretly recruiting new Resistance cells and training them in guerilla warfare.

Despite her youth, Sonya was a specialist in explosives and her expertise was much in demand in rural towns and villages in the beaten country.

You can read the rest of the piece and see some interesting photos via the below link: