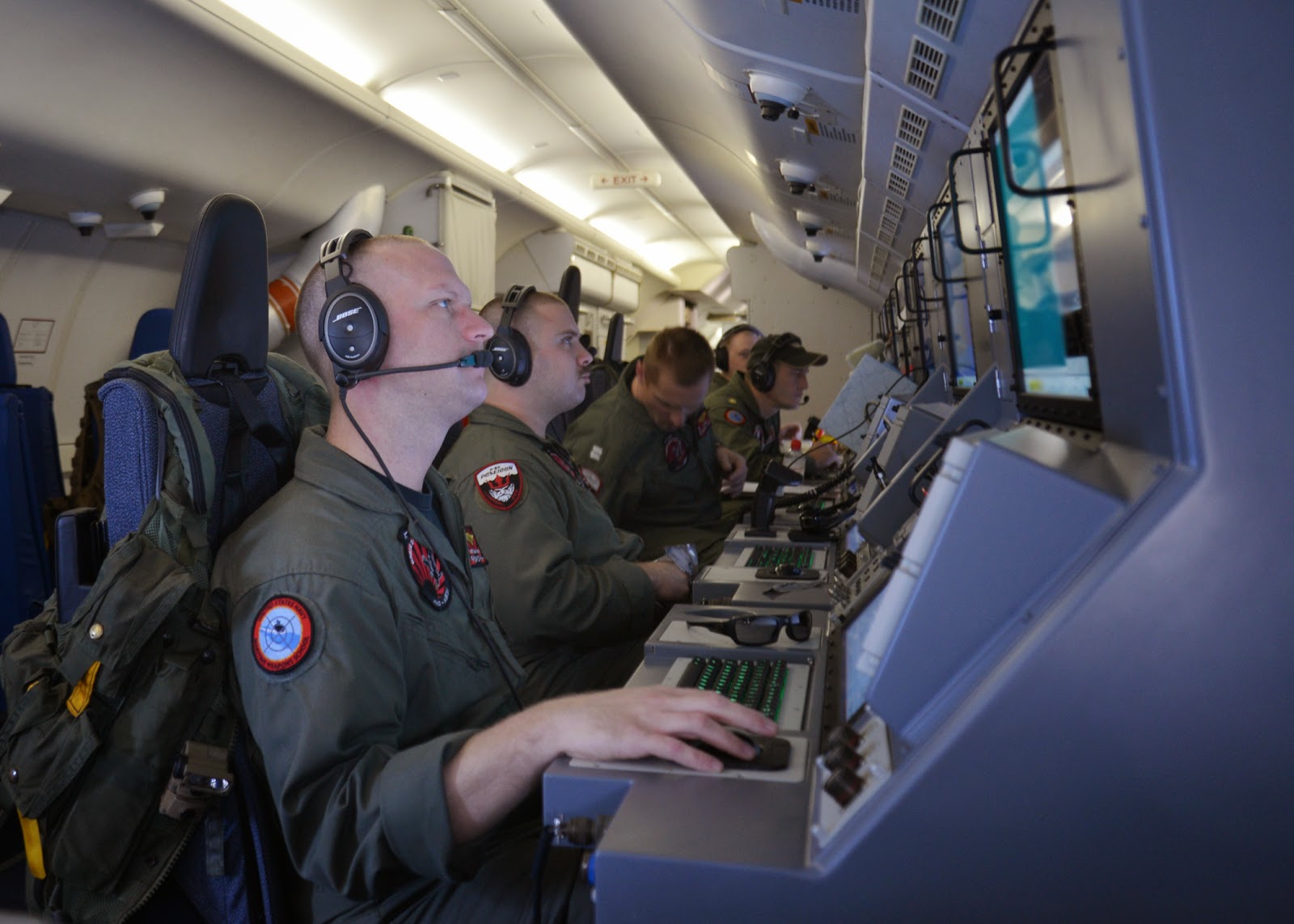 Cladette Roulo at the American Forces Press Service offers the below piece:

"It is conducting a search in coordination with the Australians, 1,500 nautical miles west of Perth," he said.

The P-8 can stay over its assigned search area for nine hours, Warren noted. "It is a vast area, ... but the P-8 can search a tremendous amount of space," he added.

Australia is directing the search in the southern Indian Ocean, Warren said.

A Navy P-3 Orion continues to search for the lost aircraft in the Bay of Bengal, Warren added.

The Arleigh Burke-class destroyer USS Kidd, which previously was taking part in search efforts off the coast of Malaysia, has left the search and moved on to other operations in the South China Sea, the colonel said.

Note: In the above U.S. Navy photo taken by Petty Officer 2nd Class Eric A. Pastor, sailors attached to Patrol Squadron 16 conduct search and rescue operations for Malaysia Airlines Flight 370 while aboard a P-8A Poseidon over the Indian Ocean, March 16, 2014.
Posted by Paul Davis at 4:01 PM