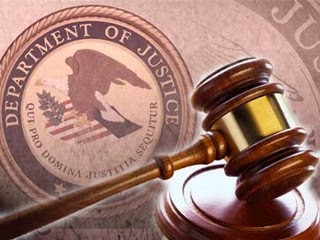 The U.S. Justice Department released the below information this past Friday:

Victor Lipukhin, formerly a resident of St. Charles, Ill., was indicted yesterday by a federal grand jury in Kansas City, Mo., for attempting to interfere with the administration of the internal revenue laws and filing false tax returns, the Justice Department and Internal Revenue Service (IRS) announced today.  The charges relate to Lipukhin hiding millions of dollars in several Swiss bank accounts held at UBS AG.

According to the indictment, Lipukhin formerly served as president of Severstal Inc. (USA), a subsidiary of AO Severstal, the largest steel producer in Russia.  He lived in St. Charles from at least 2001 through mid-2007.
Lipukhin, a Russian citizen and former lawful permanent U.S. resident, kept between approximately $4,000,000 and $7,500,000 in assets in two bank accounts with UBS in Switzerland from at least 2002 through 2007.  In 2002, he and another individual opened a UBS bank account in the name of Old Orchard, a sham Bahamian entity.  The account was initially funded with over $47,000,000 transferred into the account from a previously maintained UBS account in the Bahamas.  In 2003, the other individual left the account, leaving Lipukhin as the sole owner and signatory.  Lipukhin also maintained another account at UBS in Switzerland in the name of Lone Star, another sham Bahamian entity.  He directed virtually all transactions in the accounts, typically through a Bahamian national who served as the nominee director of the Old Orchard and Lone Star entities to help conceal Lipukhin’s ownership and control.  However, he failed to report his ownership of these accounts and failed to report any income earned in these accounts on his tax returns.
According to the indictment, in order to further conceal his ownership of the undisclosed UBS accounts, Lipukhin utilized fictitious mortgages through an entity called Dapaul Management, controlled by a Canadian attorney, to conceal his purchase of real estate in the United States with funds from the UBS accounts.  This includes his purchase of a historic building at 18 N. Fourth St, in St. Charles, Ill., for $900,000 in the name of Charlestal LLC, a domestic entity controlled by Lipukhin.  He also transferred funds from his UBS accounts to the Canadian attorney for ultimate transfer to a domestic Charlestal bank account in order to conceal the source of the funds, then used the funds in the Charlestal account to pay for various personal expenses and to withdraw cash for personal use.  Finally, Lipukhin impeded the administration of Internal Revenue laws by attempting to prevent an automobile dealer from filing a Form 8300 – which is required for certain cash transactions over $10,000 – with the IRS in order to report Lipukhin’s cash payment to purchase an automobile.
An indictment merely alleges that a crime has been committed, and a defendant is presumed innocent until proven guilty beyond a reasonable doubt.  If convicted, Lipukhin faces a potential maximum sentence of three years imprisonment on each count.
U.S. citizens and permanent residents are required to report income from any source on their tax returns, regardless of whether the source of the income is inside or outside the United States.  Further, U.S. taxpayers who have an interest in, or signature or other authority over, a financial account in a foreign country with assets in excess of $10,000 are also required to disclose the existence of the account on Schedule B, Part III of an individual income tax return.  They must also disclose the existence of the account by filing a Report of Foreign Bank and Financial Accounts with the U.S. Treasury.
Assistant Attorney General Kathleen Keneally of the Tax Division commended the agents from IRS –Criminal Investigation who investigated the case and Trial Attorney Timothy J. Stockwell of the Tax Division, who is prosecuting the case.
Posted by Paul Davis at 12:43 AM