My Crime Beat Column: A Mysterious Something In The Light, A Q & A With Raymond Chandler Biographer Tom Williams 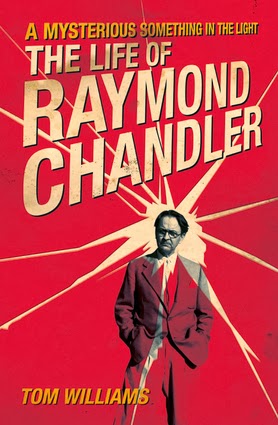 Raymond Chandler is one of my favorite writers. I read all of his crime novels and short stories as a teenager and I've reread them again and again over the years.

I was wearing my powdered blue suit, with dark blue shirt, tie and display handkerchief, black brogues, black wool socks with dark blue clocks on them. I was neat, clean, shaven and sober, and I didn’t care who knew it. I was everything the well-dressed private detective ought to be. I was calling on four million dollars. - from Chandler's novel The Big Sleep.

I've also seen and enjoyed the films based on his novels and the films Chandler himself wrote. I especially like the 1969 film Marlowe, based on Chandler's The Little Sister, and starring James Garner as Philip Marlowe.

James Garner comes nearest to my image of the wise-cracking and tough private eye from Raymond Chandler's novels.

In addition to Chandler's fiction, I've also read Chandler's letters and a couple of biographies of the late crime writer. And I've recently read and enjoyed the newest biography of Chandler,  A Mysterious Something in the Light: The Life of Raymond Chandler, by Tom Williams.

Tom Williams, a British literary agent and writer, takes a fresh, interesting and in depth look at the great writer.

I contacted Tom Williams and my Q&A with him is below: 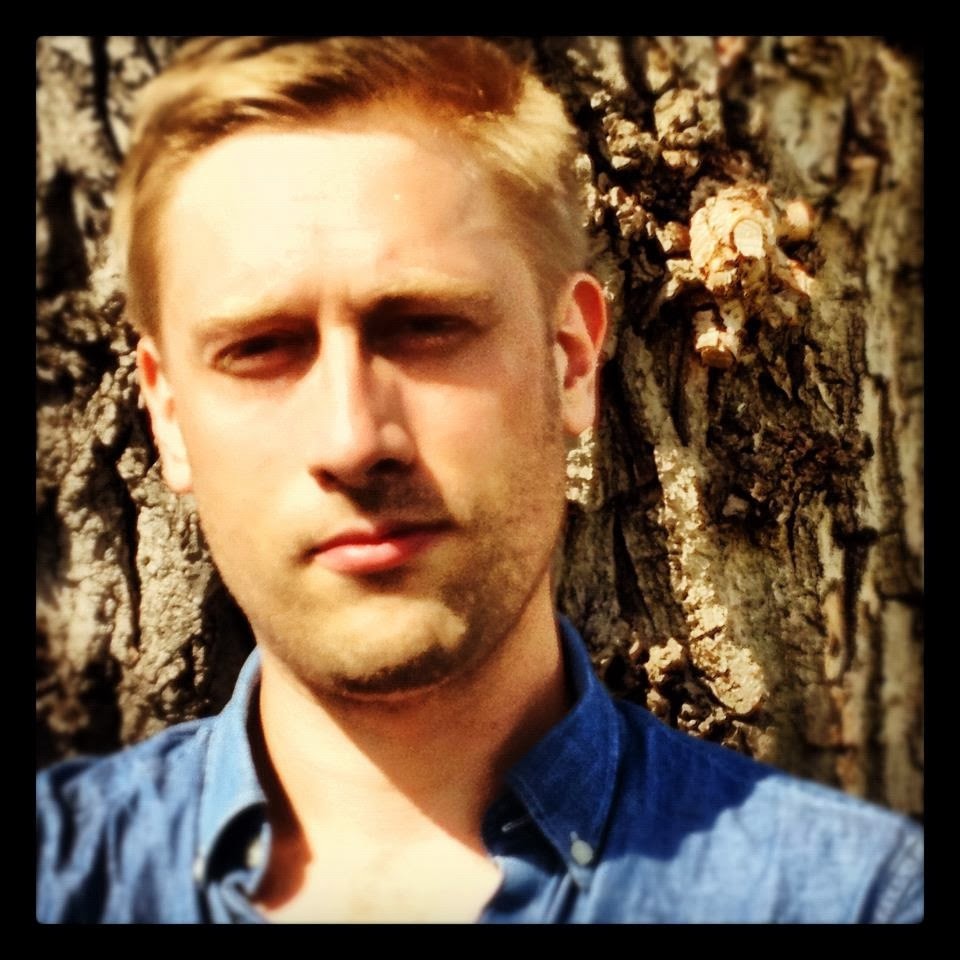 DAVIS: Why did you write this book? How does it differ from earlier books on Raymond Chandler?


WILLIAMS:  I wrote the book because I felt that the Chandler I discovered in the letters and the Chandler I read about in the previous biographies didn't gel. I wanted to understand why. That is what motivated me at the beginning. The deeper I got into the subject, the more I discovered and the more my views on Chandler changed and shifted. I think my book is the first to look in detail at Chandler's early years. I discovered some really interesting letters that predated material other biographies had access to. I also think that I went into more detail into the way some of the books were written. I tried to answer the question: how did Chandler come write The Big Sleep..


DAVIS: How did you research the book? Who did you interview?
WILLIAMS: The Chandler archive is split between the US and the UK. I spent three months living in Los Angeles, working in the Special Collection Department of UCLA. Then I spent a lot of time in Oxford, at the Bodelian library where there is more material. All in all, the research took about 5 years. During that time I met Natasha Spender (who died sadly before the book came out). I interviewed her and she was extremely useful, shedding valuable light on Chandler's last years.

DAVIS: How would you describe Raymond Chandler?


WILLIAMS: A very good question. I guess, had I been able to describe him in a sentence I should not have written a book on him. Seriously though, to my mind Chandler was a man of huge talent but who suffered greatly from alcoholism and this, eventually, undid him. He loved his wife deeply and he produced some fine novels. Had we met, I am not sure we would have hit it off in person. He was not an easy man to get to know. But, I hope that had we corresponded via letter (or email if he was alive now), I think our exchange would have been interesting.
DAVIS: Can you explain and identify connections between Chandler's life and his fiction?
WILLIAMS: This is another difficult question. It is always dangerous to draw too tight a comparison between and author and his work and is the cause of many an undergraduate mis-step. That said, I think lives leach into pieces of art unavoidable and unconsciously. Chandler was no different. His uncomfortable relationship with his mother is, I think, reflected in his dealing with Mrs Murdoch in the High Window. I also think that the troubles he had making a connection and being able to articulate what it was to be a good friend in LA are refigured and explored in Philip Marlowe.
DAVIS: How would you describe his wife Cissy and their marriage?

WILLIAMS: Complicated. There is no doubt Chandler loved Cissy very deeply at times in the marriage. When she died he was brought to ruination. But he could be cruel to her too. It is not clear if he ever actually had affairs or not but at one point in the very early 30s they separated, suggesting that he could make her unhappy. When they were together she was something of an enabler to his alcoholism too. This can not have made things easy. And, of course, the Chandlers likely had an odd sexual relationship too. Chandler was naive and innocent and probably a virgin when they married. Cissy, in contrast, was experienced (Chandler was her third husband) and knowledgeable. Chandler claimed that they had a 'hot' sex life however his poetry to Cissy suggests an attitude of worship, one that should sullied by sex. So I questions whether Chandler can be trusted on how good their sex life really was.


DAVIS: What do you think of Chandler as a novelist?

WILLIAMS: He was a novelist of great talent. His ambition to move beyond crime fiction and his failure to do so made him test the boundaries of what was possible with the genre.

DAVIS: In your view, how does Chandler stack up against Dashiell Hammett and other crime writers?

WILLIAMS: Personally, I prefer Chandler to Hammett. The Maltese Falcon is a good novel but it doesn't quite have the lyricism for me that Chandler achieved so well.

DAVIS: What Chandler novel do you believe is the best, and which novel is your favorite?
WILLIAMS: Hahaha. The truth is, this changes all the time. If pushed, right now, I would my favorite is Farewell, My Lovely. Interestingly it was Chandler's favorite too.

DAVIS: How would you describe Chandler's iconic character Philip Marlowe?

WILLIAMS: Complex and human; sad and lonely. To me he is the typical LA man -- disconnected from the world -- but, at the same time, he has a nobility that comes from elsewhere. It is that nobility that pushes him to go to places he knows he shouldn't. That is his sadness.

DAVIS: Do you have a favorite Chandler film?
WILLIAMS: It has to be The Big Sleep from 1946.
DAVIS: What actor do you believe best portrayed Philip Marlowe?

WILLIAMS: It's hard to beat Bogie but I have a soft spot too for Elliott Gould.
DAVIS: Elliot Gould is not the Philip Marlowe I envision from the novels, and Robert Altman's somewhat loose adaptation of The Long Goodbye is not a typical Chandler/Marlowe film, but I too have a soft spot for Gould. I've read that Gould does a fine job on the audio adaptations of the Chandler novels.
I recall watching an episode of the Dick Cavett talk show some years ago in which Evan Hunter (Ed McBain), P.D. James, Robert Parker and Mickey Spillane were asked what writer most influenced them.
All but Spillane quickly replied that Raymond Chandler most influenced them. (Spillane mentioned a comic book writer). Michael Connelly and other contemporary crime writers also site Chandler as an influence.
Why do your think Chandler was and is such an influence on crime writers, as well as film makers?

WILLIAMS: I think he showed the world that a crime writer could have a literary sensibility too. He took crime out of the gutter and made it art.
DAVIS: What do you think of the Philip Marlowe continuation novel The Black Eye Blonde by Benjamin Black (John Banville).

WILLIAMS: I enjoyed it and respect John Banville for not trying too hard to mimic Chandler.
DAVIS: Do you believe Chandler will continue to be read and appreciated in the future?

WILLIAMS: Of this I have no doubt.