Words Of The Bard 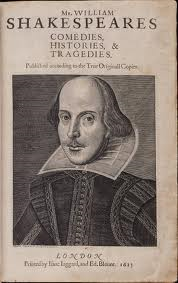 Daniel Swift at the British newspaper the Telegraph looks back at William Shakespeare and words.

When Hamlet is asked what he is reading, he replies wearily, “words, words, words.” It is, surely, an in-joke for his creator.


Shakespeare, if anything, was endlessly bedazzled and amazed by the richness and possibilities of words. Although he had an astonishingly large vocabulary, he found not even this enough, and invented more words in the English language than any other person.

It is notoriously hard to establish exactly who first comes up with a word — and critics will always disagree — but the best measure we have is the Oxford English Dictionary, which tracks the first appearance in print of every word in the language.


Shakespeare is the writer they quote most often, and he is quoted almost three times as often as the next most-quoted. To give an example: from the preceding paragraph, Shakespeare seems to have been the first to use “critics,” “amazement,” and “bedazzle.”