A Little Humor: A Clumsy Man Walks Into A Bar 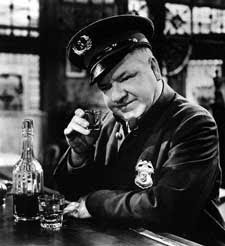 A clumsy man walks into a bar.

I had to explain the joke to my wife who has a rather limited sense of humor.

I told her a joke is not funny if it has to be explained. It ruins the spontaneity of the thing.

She replied that the joke was not funny - explained or left unexplained.

I told her humor was not universal.

Note: The above photo is of the late, great comic W.C. Fields from The Bank Dick.

Labels: A Clumsy man walks into a bar, A Little Humor, The Bank Dick, W.C. Fields