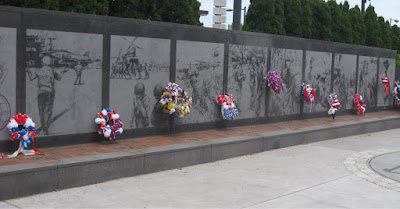 PHILADELPHIA, PA – On Wednesday, December 23, 2020, U.S. District Court Judge Nitza I. Quinones Alejandro issued a Memorandum Opinion on Plaintiff’s Motion for a Preliminary Injunction.  Plaintiff alleged that the City had an unconstitutional policy of treating protests more favorably than other First Amendment-protected activity, such as parades.  While the Opinion denied the Plaintiff’s Motion, it did so on the basis that the City has abandoned its policy.

I want to congratulate the Philadelphia Vietnam Veterans Memorial Society for successfully protecting the First Amendment rights of all Philadelphians.  Its lawsuit has achieved its purpose: the court has now confirmed that the City has abandoned its policy of favoring protests over other constitutionally protected speech, like parades.

The U.S. Attorney’s Office first objected to the City’s policy back on July 22, 2020, when I wrote a letter to City Solicitor Marcel Pratt.  In that letter, I outlined the various unconstitutional aspects of the City’s July 14, 2020 Special Events Moratorium and explained how the City could not “pick and choose” by banning parades or other First Amendment-protected activity while simultaneously allowing and supporting protests.  Unlike the City’s July 14, 2020 policy, the First Amendment does not discriminate.

Soon thereafter, the Vietnam Veterans Memorial Society also objected to the City’s policy.  In response, the City “expressly rescinded the restrictions” in the July 14, 2020 policy, as the court explained.  Significantly, organizations may now “hold a parade without a permit, on equal footing with all other events, and without threat of being dispersed,” according to the court.

Thus, any organization that wants to express a message via an outdoor parade in Philadelphia can have at it – the City cannot and will not stop you.  And if the City attempts to return to the days of discriminating against certain types of speech, it will find itself right back in court.