Amazon Prime Video's 'The Man In The High Castle' 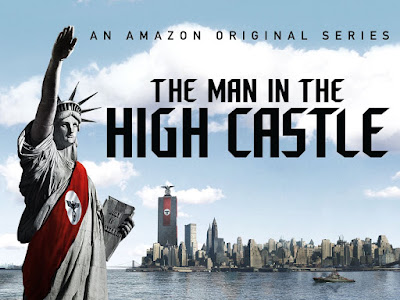 Over these past few months, I’ve watched all four seasons of The Man in the High Castle on Amazon Prime Video.

The outstanding series, based on the alternate history novel by Philip K. Dick, is part science fiction, part political intrigue and part crime and spy thriller.

The story is about a parallel universe where Nazi Germany and Imperial Japan have won World War II. The Nazis occupy the East coast of the USA and the Japanese occupy the West coast, with the middle of the country called the Neutral Zone. 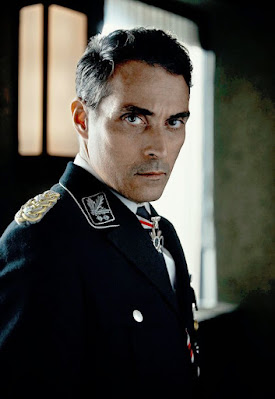 Rufus Sewall (seen in the above photo) is outstanding as a former American soldier who becomes part of the Nazi Army, like many other Americans soldiers, after the Americans lose the war. He rises in the Nazi ranks to become head of the Nazi SS in America. 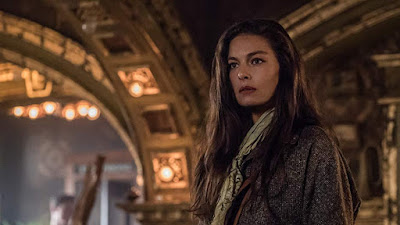 Alexa Davalos (seen in the above photo) is also outstanding as a “traveler.” A traveler can pass over into the other universe where the Axis powers lost the war to the allies. She becomes a key resistance fighter against the Germans and the Japanese occupiers. 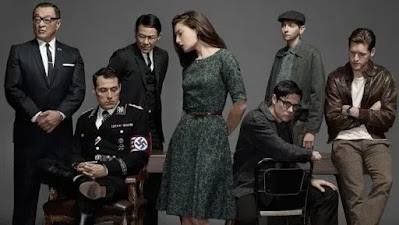 I liked the way the series humanizes - to a point - the Nazis and Imperial Japanese. Yes, they are evil murderers, but they have human qualities as well and we see both sides of their characters in the series.

I truly enjoyed watching The Man in the High Castle and if you have Amazon Prime Video, I recommend you watch this series. 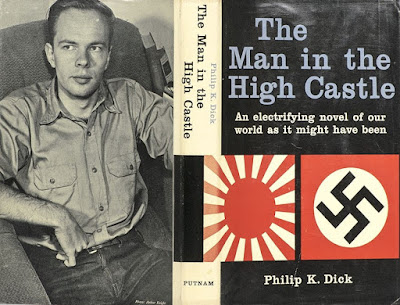 One should also read the Philip K. Dick novel. 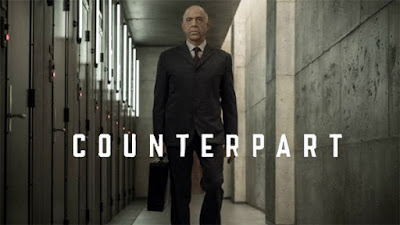 Amazon offers another series that is part science fiction, part political intrigue and part crime and spy thriller. The series is called Counterpart.

J.K. Simmons is outstanding as a low-level clerk and modest man in a spy agency based in Berlin. He discovers that his agency oversees the secret crossing into a parallel world, and he is thrust into the double-dealing shadow world after his wife is run down by a speeding car.

He also discovers that his counterpart (also portrayed by J.K. Simmons) in the parallel world is a devious, dangerous and high-level operative. The two men are identical and have identical backgrounds, except that in some point in their lives different circumstances made them veer in differnet directions and they became very different men.

Like The Man in the High Castle, Counterpart is a clever, insightful and fascinating series that I recommend highly.