Collection Of Great Spy Stories: My Washington Times 'On Crime' Column On Otto Penzler's 'The Big Book Of Espionage' 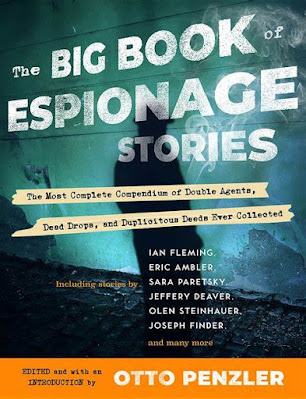 The Washington Times published my On Crime column on Otto Penzler’s Big Book of Espionage.

I’ve loved spy thrillers since I was a teenager, and I’ve always loved short stories, so I was pleased that Otto Penzler has edited “The Big Book of Espionage Stories.”

Otto Penzler, the president and CEO of MysteriousPress.com and the owner of the Mysterious Bookshop in New York City, is the editor of previous fine anthologies, such as “The Big Book of Reel Murders: Stories That Inspired Great Crime Films” and “The Big Book of Pulps.”

This collection of espionage stories covers WWI, WWII, the Cold War and beyond. Included is W. Somerset Maugham’s “The Hairless Mexican,” Eric Ambler’s “The Army in the Shadows,” Ian Fleming’s “For Your Eyes Only,’ Charles McCarry’s “The End of the String,” and other terrific spy stories.

“Espionage has been called the second oldest profession, and with good reason,” Mr. Penzler writes in the introduction. “Sun Tzu’s ‘The Art of War,’ a famous textbook on waging an effective war, devoted a great deal of significance to espionage and the creation of a secret spy network. All warfare is deception, he stated, and “Be subtle! Be subtle!” he intoned, and “use your spies for every kind of business.” It was published in 510 BC.

“The craft of espionage has fascinated people ever since stories were told, whether orally, on the printed page as journalism or fiction, or on a screen. The secrecy, manipulation, deception, and potential danger combine to produce an aura of romance and adventure to the enterprise.

“Those who are actually involved in the world of espionage and counterespionage have quite a different view, recognizing and accepting the fact that it is mostly boring work, gathering information from technical journals, computers, overlong reports, and often self-serving memos, then analyzing the staggering mountain of information in order to filter out the tiny nuggets of data that may add a worthwhile grain of gold to a dossier that may never be used for any serious purpose.”

But Mr. Penzler notes that once espionage stories get into the hands of creative authors, much of the dull work is ignored, and the more colorful work is highlighted and embellished. He writes that W. Somerset Maugham’s “Ashenden, or The British Agent,” the 1928 book of connected short stories about espionage in World War I, marked the birth of the realistic espionage story in which ordinary people are caught up in extraordinary circumstances.

... “It can be no surprise that there is a long history of real-life espionage agents employing the secrets of their surreptitious trade, embellishing and fictionalizing them for the printed page,” Mr. Penzler writes. “W. Somerset Maugham, Ian Fleming, John le Carre, and Graham Greene had worked for the Secret Service, and so did Charles McCarry (1930–2019), who spent eleven years as a deep cover agent for the Central Intelligence Agency in Europe, Asia, and Africa.” 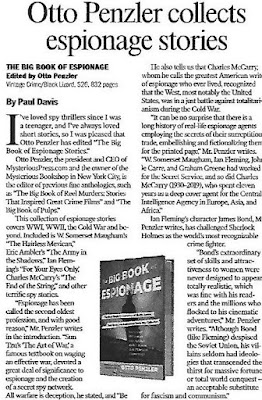 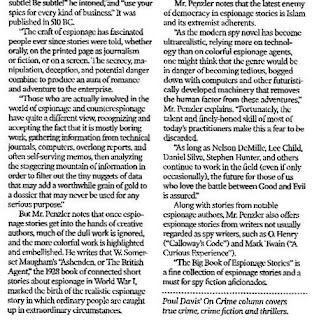 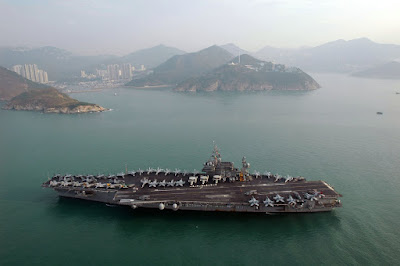 You can also read my spy story, Cat Street, via the below link: