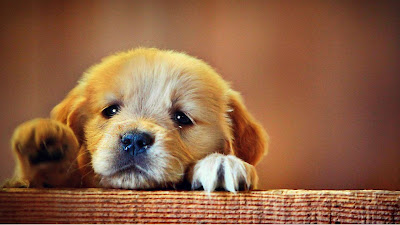 A criminal complaint unsealed Friday in federal court in Pittsburgh charges Desmond Fodje Bobga for his alleged involvement in a puppy fraud scheme perpetrated against American consumers.  Fodje Bobga, 27, is a citizen of Cameroon who is in Romania on a visa to attend a university there.

He is charged with conspiracy to commit wire fraud, wire fraud, forging a seal of the U.S. Supreme Court, and aggravated identity theft.  Fodje Bobga has been arrested.  A website that was used in the online puppy fraud scheme, www.lovelyhappypuppy.com, is already deleted.

“The Department of Justice is committed to deterring and disrupting schemes, especially transnational ones, that take advantage of the COVID-19 pandemic for financial gain by victimizing consumers,” said Acting Assistant Attorney General Jeffery Bossert Clark for the Civil Division.  “We are grateful to our partners at the U.S. Attorney’s Office in the Western District of Pennsylvania and the FBI for working hard to shut down this fraud scheme and to punish criminals who seek to exploit American’s fondness for animals.”

“The dog adoption market can be a breeding ground for catfish schemes.  Fodje Bogda and his co-conspirators exploited a national pandemic — and the social isolation it engendered — to exploit victims with photos of cute puppies and to bilk extra costs under the pretense of COVID,” said U.S. Attorney Scott W. Brady for the Western District of Pennsylvania.  “With the holiday season upon us, and the desire for companionship higher than ever, don’t fall prey to scammers selling pets online: do your research and verify.”

“Unfortunately, the pandemic has created the perfect condition for unscrupulous pet sellers to thrive,” said FBI Pittsburgh Special Agent in Charge Michael Christman.  “This suspect exploited this website to sell puppies and capitalized on people looking for companion animals online during this difficult time.  The FBI has a long arm and an even longer reach and no matter where these scammers are, we will stop at nothing to make sure they don't get away with victimizing American citizens.”

According to the unsealed affidavit filed with the criminal complaint, from around June 2018 to the present, Fodje Bobga knowingly conspired with others to offer puppies and other animals for sale on Internet websites, including lovelyhappypuppy.com.  He and others communicated by text message and email with potential victims to induce pet purchases.  Following each purchase, Fodje Bobga and the co-conspirators claimed that a transportation company would deliver the puppy or other animal and provided a false tracking number for the pet.  Fodje Bobga and his co-conspirators, acting as the transportation company, then claimed the pet transport was delayed and that the victim needed to pay additional money for delivery of the pet.

Victim 1, of New Brighton, Pennsylvania, was seeking to purchase a mini-dachshund puppy for her mother in mid-March of 2020.  Victim 1 was induced to lose $9,100 due to false claims that the puppy was being shipped, needed insurance, and was exposed to COVID-19;

Victim 2 of Fruitland, Iowa, was seeking to purchase a mini dachshund puppy for herself in mid-March of 2020.  False claims induced Victim 2 to lose $1,840;

Victim 3 of Marion Center, Pennsylvania, was seeking to purchase a teacup Chihuahua and paid $600.  Victim 3 became suspicious when asked for an additional $800 for shipping.  Fodje Bobga allegedly provided a false Refundable Crate and Vaccine Guarantee Document, purported to have been issued by and containing the seal of the Supreme Court of the United States, in an attempt to induce Victim 3 to pay the additional charges.  Victim 3 lost $600;

Victim 4 is a Dallas, Texas, couple who were seeking to purchase a dog.  Following the payment of $950 for the agreed upon dog named Snow White, the couple was contacted regarding issues with shipment and induced to pay $850 more by Zelle, an online payment service.  The couple was contacted again with the claim that payment did not go through due to the wrong name being listed, but refused to resend $850.  Victim 4 lost $1,800;

Victim 5 of Cheswick, Pennsylvania, was seeking to purchase a Chihuahua named Bentley for $600.  After sending a $600 MoneyGram to the alleged seller, Victim 5 was contacted repeatedly regarding problems with payments, transportation issues and the need to purchase a U.S. Department of Agriculture permit.  Victim 5 lost $1,500;

Victim 6 of Pittsburgh, Pennsylvania, was searching for a puppy online but became suspicious and did not send any payments.  According to the complaint, 55 text messages were exchanged with Victim 6’s phone number, between Jan. 23, 2020, and Jan. 24, 2020, that attempted to induce Victim 6 to pay for a puppy.

Fodje Bobga was arrested in Cluj, Romania, on Dec. 3, 2020, pursuant to a provisional arrest request from the United States.

The FBI Pittsburgh Field Office conducted the investigation leading to the domain seizures and criminal complaint in this case.  The prosecution is being handled by Assistant U.S. Attorneys Shardul Desai and Ira M. Karoll of the Western District of Pennsylvania and Wei Xiang of the Civil Division’s Consumer Protection Branch.

The FBI urges vigilance during the COVID-19 pandemic.  For resources on keeping yourself and your family safe from hackers and scammers visit: https://www.fbi.gov/coronavirus.

The details contained in the criminal complaint are allegations.  The defendant is presumed innocent unless and until proven guilty beyond a reasonable doubt in a court of law.

For more information about the Consumer Protection Branch, visit its website at www.justice.gov/civil/consumer-protection-branch.