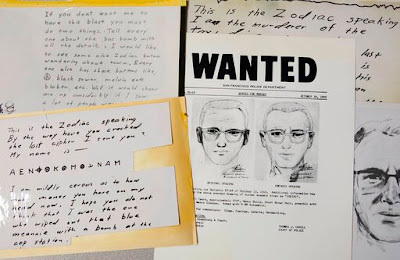 Bruce Haring at Deadline.com offers a piece on the decoding of the Zodiac Killer’s 50-year-old letter.

California’s notorious Zodiac Killer, the subject of numerous films, television series, podcasts and books over the last half-century, has finally had one of his taunting messages decoded.

A letter sent to the San Francisco Chronicle was finally cracked by experts, revealing a message in which the serial murderer mocked efforts to find him.

“I hope you are having lots of fun in trying to catch me,” the killer wrote in the coded message, which was sent to the newspaper in 1969. “I am not afraid of the gas chamber because it will send me to paradise all the sooner because I now have enough slaves to work for me.”