Babylon Bee: In 'It's A Wonderful Life' Remake, Angel Tells George Bailey To Kill Himself Because He's White 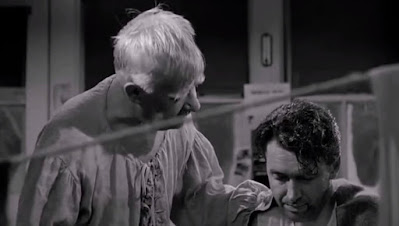 The Babylon Bee takes a satirical shot at liberal Hollywood remakes of classics.

LOS ANGELES, CA—Hollywood is hard at work remaking the Jimmy Stewart classic It's A Wonderful Life for modern audiences, and film critics are praising some recent plot leaks from the new script. In the new version of the film, George Bailey's guardian angel will explain to him that since he is a straight white male, he should probably just go ahead and jump in the river.

Clarence the Angel will then take George Bailey on a tour of Wakanda and explain that the whole world would be like Wakanda but it's not because of centuries of colonialism and oppression.

The updated story will feature a lengthy lecture from Clarence the Angel where he explains how George Bailey's ancestors have systemically oppressed black and brown bodies for centuries and that the world would probably be better off without him.

In 'It's A Wonderful Life' Remake, Angel Tells George Bailey To Kill Himself Because He's White | The Babylon Bee