The Hunt For KSM: Inside The Pursuit And Takedown Of The Real 9/11 Mastermind, Khalid Sheikh Mohammed 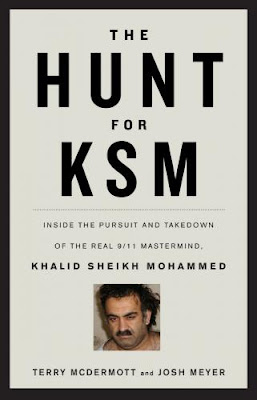 Josua Sinai at the Washington Times offers a good review of Terry McDermott and Josh Meyer's The Hunt for KSM: Inside the Pursuit and Takedown of the Real 9/11 Mastermind, Khalid Sheikh Mohammed.

"The Hunt for KSM: Inside the Pursuit and Takedown of the Real 9/11 Mastermind, Khalid Sheikh Mohammed” by veteran investigative reporters Terry McDermott and Josh Meyer, is a gripping account of how KSM, one of al Qaeda’s most prominent terrorist “entrepreneurs,” played such a crucial role in one of the deadliest terrorist operations in history. It is also a dramatic account of how the decade-long persistence and hard work of FBI and CIA investigators eventually succeeded in tracking and bringing KSM and his associates to justice, although, as described in great detail by the authors, it took a painstakingly long time in their global pursuit to finally identify him, pinpoint his location and roll up much of his network.