Jailed Canadian Mobster Plotting To Become Godfather Of The World 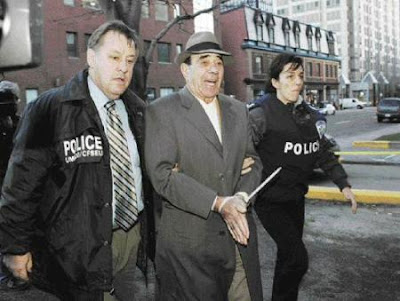 Brad Hamilton at the New York Post writes that jailed Canadian mobster Vito Rizzuto (seen in the above phot) is plotting to become head of the Bonanno Cosa Nostra crime family and beyond.
This Canadian Godfather wants to rule the world.

Bonanno soldier Vito Rizzuto has vowed to take control of the battered crime family when he gets out of federal prison in October — and exact murderous revenge on the rivals who rubbed out his father and son while he stewed behind bars, a jailhouse source says.

He’s got little to live for, so while locked up at a maximum-security pen in Florence, Colo., he’s been eating vegetarian, staying fit, sharpening his mind with games of pinochle — and plotting his coup, the source said.