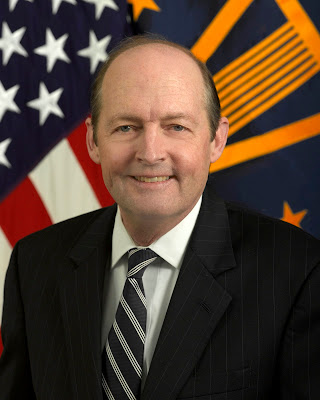 *
The hearing focused on the Pentagon's role in implementing the national strategies for counterterrorism and combating transnational organized crime under the 2013 defense budget request.

*
"Terrorism, drug trafficking and other forms of transnational organized crime are increasingly intertwined," Sheehan noted, adding that his office -- which is responsible for overall supervision of special operations forces -- is uniquely positioned to provide policy guidance and program oversight to the department's efforts in both missions.

*
-- Some countries are using criminal activity to produce revenue.

*
Sheehan said that while the Defense Department plays a central role in fighting terrorism and a more supporting role battling transnational organized crime, the national strategies governing the two missions are complementary and mutually reinforcing.

*
While the counterterrorism focus on al-Qaida remains, he said, the landscape is changing. As al-Qaida and other terror groups meld with international criminal networks, DOD is expanding its efforts beyond direct strikes against terrorist targets in supporting an interagency approach, Sheehan said.

*
"All our national security challenges ... [are] becoming increasingly interagency," he noted.

*
Fighting terrorism increasingly includes targeting the global drug trade, he said. "Nowhere is the link between transnational organized crime, insurgency and terrorism more apparent than in Afghanistan, where the Taliban continues to receive a large percentage of its revenue through heroin trade," he added.

*
Fighting insurgents, prosecuting criminals and applying pressure to states profiting from terror or criminal activity involves agencies from DOD to the Drug Enforcement Agency to the State Department, Sheehan noted. And while direct strike is an important special operations capability, even purely military action often focuses on a partnering approach, he said.

*
"Just as important ... are the special operations forces' efforts that build the capability and capacity of our partners to shape the global information and ideas environment, as well as train and equip the capacity of other countries," he added.

*
Working with Pakistan to keep pressure on al-Qaida is essential, and Yemen serves as an important front against al-Qaida on the Arabian Peninsula, he noted.

*
"DOD continues to collaborate extensively with the Yemeni forces on operational matters, and together we are closely monitoring [al-Qaida on the Arabian Peninsula] and regularly improving our understanding of its external plots," Sheehan said.

*
Combating the nexus of terrorism and transnational organized crime, he said, "is a call to action to leverage all of the elements of national power to protect citizens and U.S. national security interests and to enable our foreign partners to do the same."
Posted by Paul Davis at 10:37 AM