A Look Back At Sean Connery's Top Ten Films 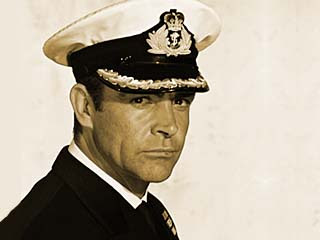 A man once said that there are only two real movie stars in the world; one of them is Michael Caine, and the other is Sean Connery. For decades now, Sir Sean has been the ultimate screen icon of virility and manly confidence, and has become just as much a symbol of Scotland internationally as tartan, whisky and Irn-Bru.

You can read James Hodgson's list via the below link:

Note: Looking over the list, I'd take Highlander and Indiana Jones off the list of Sean Connery's 10 best films and replace them with Robin and Marion and Goldfinger.

The photo above shows Sean Connery as Commander James Bond in You Only Live Twice.
Posted by Paul Davis at 11:36 PM

Labels: Dr No, From Russia With Love, Goldfinger, James Bond, James Hodgson, Sean Connery 10 best films, The Man Who Would Be King, The Wind and the Lion, The Yorker