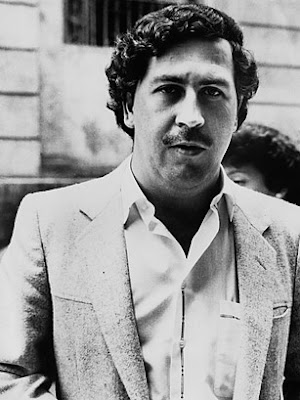 Dane Schiller at the Houston Chronicle offers a piece on a DEA Special Agent's memories of the end of the notorious Colombian drug cartel boss Pablo Escobar.

Hanging from the wall in the office of the new Drug Enforcement Administration chief for Houston is a photo of Pablo Escobar's corpse sprawled on a Colombian rooftop.

Scrawled on the photo is a message from a Colombian federal agent in 1993 who is standing in a victory pose over the body of the biggest cocaine trafficker the world ever knew: "Thanks Javier, DEA; +mission accomplished."

Javier Peña, the new agent in charge of the DEA's Houston division, which stretches from here to the Mexican border, will never forget the hunt for the legendary Escobar.

You can read the rest of the story via the below link;

http://www.chron.com/news/houston-texas/article/A-generation-later-Pablo-Escobar-3397034.php
Posted by Paul Davis at 10:35 AM