A Rogue On Our Side: Bernard Cornwell Discusses His Character Richard Sharpe On The 30th Anniversary of 'Sharpe's Eagle' 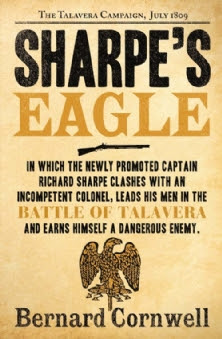 Bernard Cornwell, the author of a great series of historical novels featuring the Napoleonic-era fictional British rogue and soldier Richard Sharpe, was recently interviewed on a video that can be viewed at Youtube.com.

The author talks about the phenomenal success of Sharpe on the eve of Harper Collins' release of a commemorative edition of every novel in the series. This marks the 30th anniversary of the publication of the first of them, 'Sharpe's Eagle'.

You can also read my interview with Bernard Cornwell that appeared at GreatHistory.com via the below link: