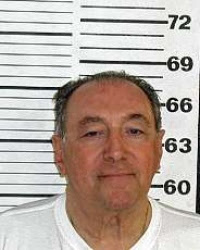 George Anastasia, the Philadelphia Inquirer's veteran organized crime reporter, offers a closer look at Nicholas "Nicky Skins" Stefanelli, the mob informant who killed himself, and how his death may impact the federal case against the Philadelphia Cosa Nostra crime family and other criminal organizations.

You can watch the Mob Scene video via the below link:

You can also read an earlier account of the mob informant via the below link:

http://pauldavisoncrime.blogspot.com/2012/03/potential-witness-in-reputed-philly-mob.html
Posted by Paul Davis at 9:15 AM