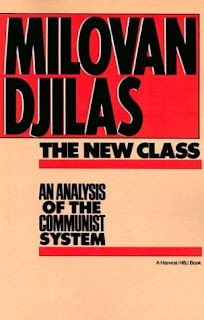 Noted historian and author Thomas Fleming continues his Channelling George Washington series for the History News Network. In his latest piece, George Washington talks about Milovan Dijilas and his book, The New Class.

“Milovan Djilas. He wrote a book that played a crucial role in destroying the Soviet Union -- The New Class. I think it will eventually do the same thing to the People's Republic of China.”

“No doubt you’ve read about the huge scandal surrounding the corrupt rule of the of the Chinese provincial boss, Bo Xilai, and his even more corrupt wife -- including the murder of the British businessman, Neil Heywood. The whole world is now aware that what Djilas wrote about the Soviet Union -- the blather about revolutionary heroism -- was a cover for a new ruling class to seize power and exploit and dominate the people more ruthlessly than the capitalists ever dreamt of doing.”