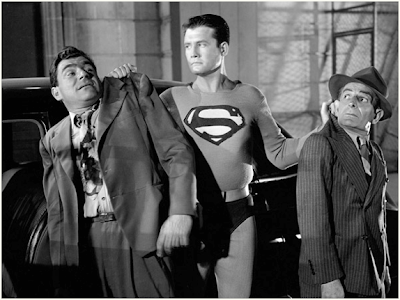 Larry Tye, the author of Superman: The High-Flying History of America's Most Enduring Hero, wrote an interesting piece for the Philadelphia Inquirer.

Superman just entered his 75th year, but he has always been ageless as well as timeless. In the 1930s, he was just the crime-fighter we needed to take on Al Capone and the robber barons. In the '40s, he defended the home front while brave GIs battled overseas. Early in the Cold War, he stood up taller than ever for his adopted country, while in its waning days, he tried to eliminate nuclear stockpiles single-handedly.

Over the decades, the Man of Steel has evolved more than the fruit fly. For each era, he zeroed in on the threats that scared us most, using powers that grew or diminished depending on the need — as did his spectacles, his hairstyle, and even his job title. Each change took the pulse of the nation and its dreams. Each generation got the Superman it needed and deserved. 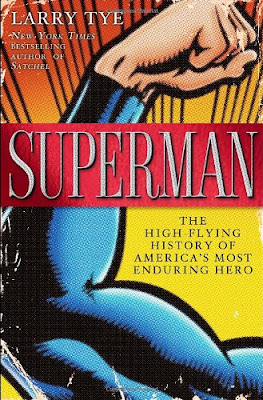