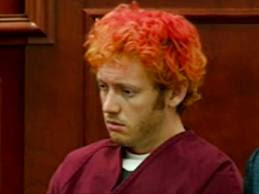 
There is evil in the world, and the face of it was seen Monday when James Holmes made his first court appearance since he allegedly killed 12 innocent people at a showing of the Batman movie “The Dark Knight Rises” in Aurora, Colo. As he sat with demonic-looking dyed-orange hair and bizarre facial expressions, it was hard to conceive of any law that could thwart such a maniac intent on mass murder.

That hasn’t stopped those on the left from seizing this tragedy to call for more gun-control laws. Sen. Dianne Feinstein, California Democrat, author of the expired assault-weapons ban, said on Fox News Sunday that firearms like the AR-15 the Colorado shooter used are “weapons of war” that “are only going to be used to kill people in close combat. That’s the purpose of that weapon.”

Though it is one of the most popular rifles sold to civilians, the AR-15 is rarely used in crimes, presumably because it’s not readily concealed. The most recent FBI figures show just 358 of the 8,775 murders by firearm in 2010 involved rifles of any type. By comparison, 745 people were beaten to death with only hands that year, but no one has called for outlawing fists.