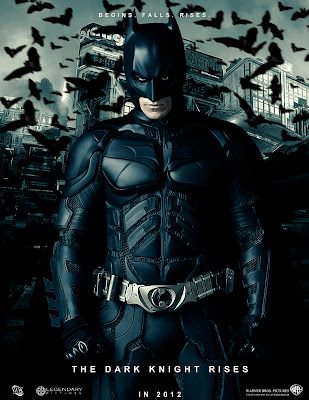 The real world threats of terrorism, political anarchy and economic instability make deep incursions into the cinematic comic book domain in The Dark Knight Rises. Big-time Hollywood filmmaking at its most massively accomplished, this last installment of Christopher Nolan's Batman trilogy makes everything in the rival Marvel universe look thoroughly silly and childish. Entirely enveloping and at times unnerving in a relevant way one would never have imagined, as a cohesive whole this ranks as the best of Nolan's trio, even if it lacks -- how could it not? -- an element as unique as Heath Ledger's immortal turn in The Dark Knight. It's a blockbuster by any standard.