On 'Military-Style' Weapons: Function, Not Style, Should Govern Gun Policy 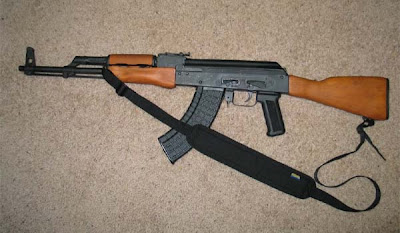 John R. Lott Jr. at National Review Online explains that the gun used in the Auroro movie killings was not a rifle used by the military.


"AK-47s belong in the hands of soldiers, not on the streets of our cities,” President Obama told the National Urban League on Wednesday. After the deadly attack in Colorado last Friday, the president’s concern is understandable. However, even — or perhaps especially — at such a time, distinctions need to be made.
The police in Aurora, Colo., reported that the killer used a Smith & Wesson M&P 15. This weapon bears a cosmetic resemblance to the M-16, which has been used by the U.S. military since the Vietnam War. The call has frequently been made that there is “no reason” for such “military-style weapons” to be available to civilians.
Yes, the M&P 15 and the AK-47 are “military-style weapons.” But the key word is “style” — they are similar to military guns in their aesthetics, not in the way they actually operate.

... So President Obama wants to keep guns like the AK-47 “in the hands of soldiers.” But these are not military weapons. No self-respecting military in the world would use them, and it is time for Obama to stop scaring the American people.